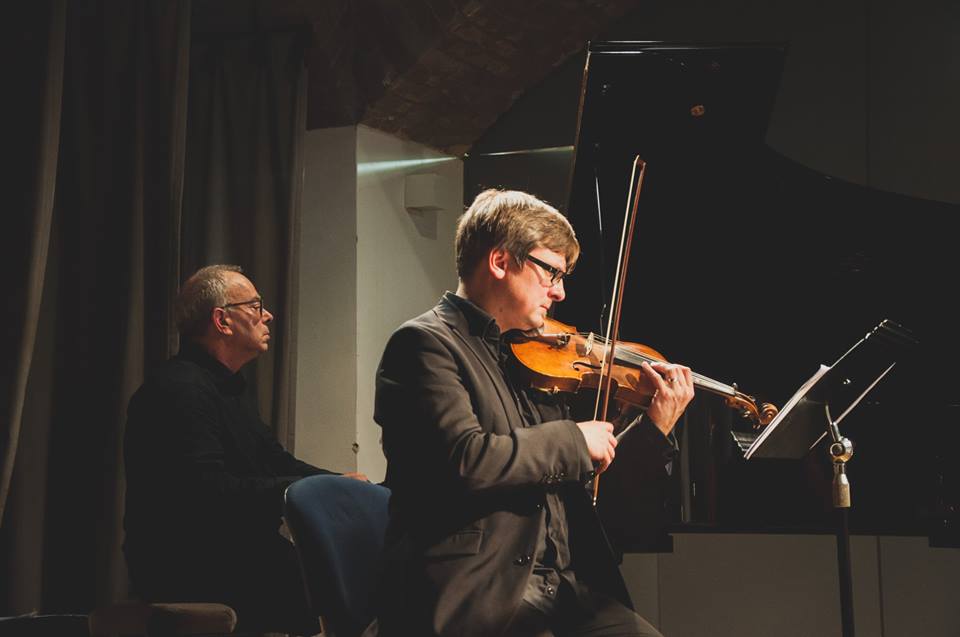 MoEns ensemble who specializes exclusively in contemporary music played a concert on November 8 at the Gallery of the Academy of Performing Arts in Prague. This time, they gave world premieres to four compositions by their members or related artists – Marek Kopelent, Hanuš Bartoň, Michal Nejtek and Kamil Doležal.

Comprising of Doležal (clarinet), David Danel (violin), Balázs Adorján (cello) and Hanuš Bartoň (piano) and conducted by Miroslav Pudlák, MoEns opened the evening with Kopelent’s small phantasy for clarinet, cello and piano Dole žal, hore ráj which, as the title suggests, is dedicated to the ensemble’s clarinettist. The spectral 32 Variations on a Tone D by Hanuš Bartoň came next, followed by Michal Nejtek’s lovely Trois Morceaux délicieux. The concert was closed in the wild rhythm of Kamil Doležal’s Houpačka (A Swing).

The second half of the evening was dedicated to Brno-based Marijan ensemble and their multi-media installation TASTES which enjoyed great success on a recent tour across California. The players, reciters, projectionists and cooks involved were Sára Medková, Ivo Medek, Jan Kavan, Vít Zouhar and Lukáš Medek.

The same program by MoEns could be also heard on November 14 at the Chamber hall of the Faculty of Music at Janáček Academy of Performing Arts in Brno as a part of the Meetings of new Music Plus concert series.

8 November 2016, Gallery of the Academy of Performing Arts in Prague