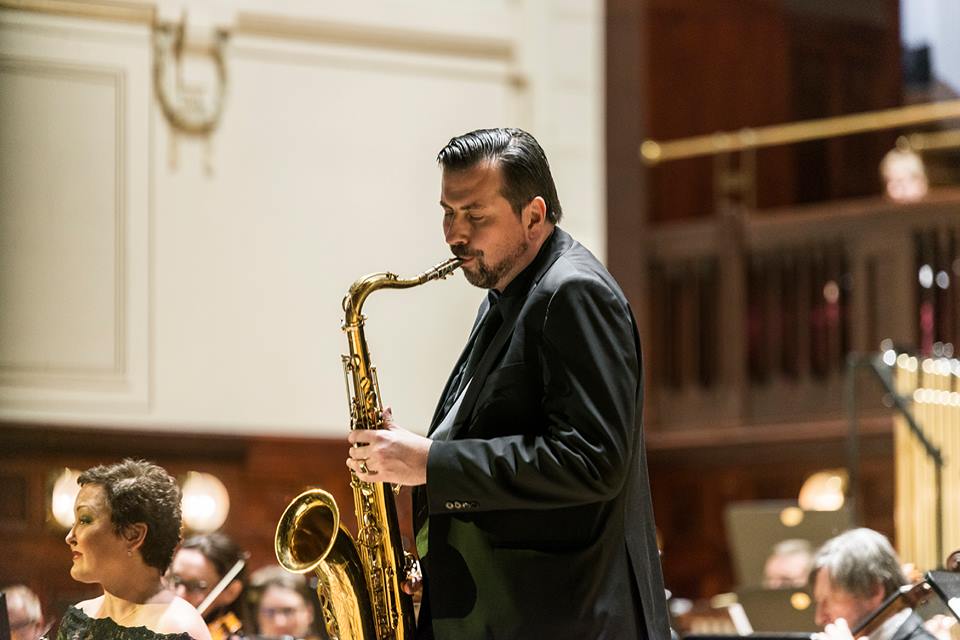 The last but one week of the Prague Symphony Orchestra FOK’s 82nd season carried itself in the spirit of jazz. On June 7 and 8 in the sold-out Smetana Hall of the Municipal House in Prague, the orchestra played a programme consisting of two pieces by George Gershwin (overture to musical Oh, Kay! and the highly popular American in Paris), which were followed by the world premiere of a new orchestral version of Celebration Jazz Mass by the recently deceased legendary Czech jazzman Karel Růžička Sr. (1940–2016).

Celebration Jazz Mass is a work that is both jazzy and spiritua, since it refers to gospel as the basis of all jazz music. Růžička finished it in early 90s in a version for string quartet, jazz band, solo soprano and choir, while already dreaming of creating an orchestral version. Nevertheless, it was not until now that his wish was fulfilled in memoriam by his student, composer and pianist Tomáš Sýkora. In his arrangement of Růžička’s vocal-instrumental fusion of classical music, gospel, jaz and blues, FOK was joined by The Kühn Choir of Prague (choirmaster Marek Vorlíček), Litomyšl Pedagogical School Mixed Choir KOS (choirmaster Milan Motl), soprano Michaela Šrůmová and the musicians from Karel Růžička’s Chamber Soloists – Jakub Dvořáček (piano), Karel Růžička Jr. (saxophone), Jan Jirucha (trombone), Radek Krampl (vibraphone), Petr Dvorský (double-bass) a Martin Šulc (percussion).