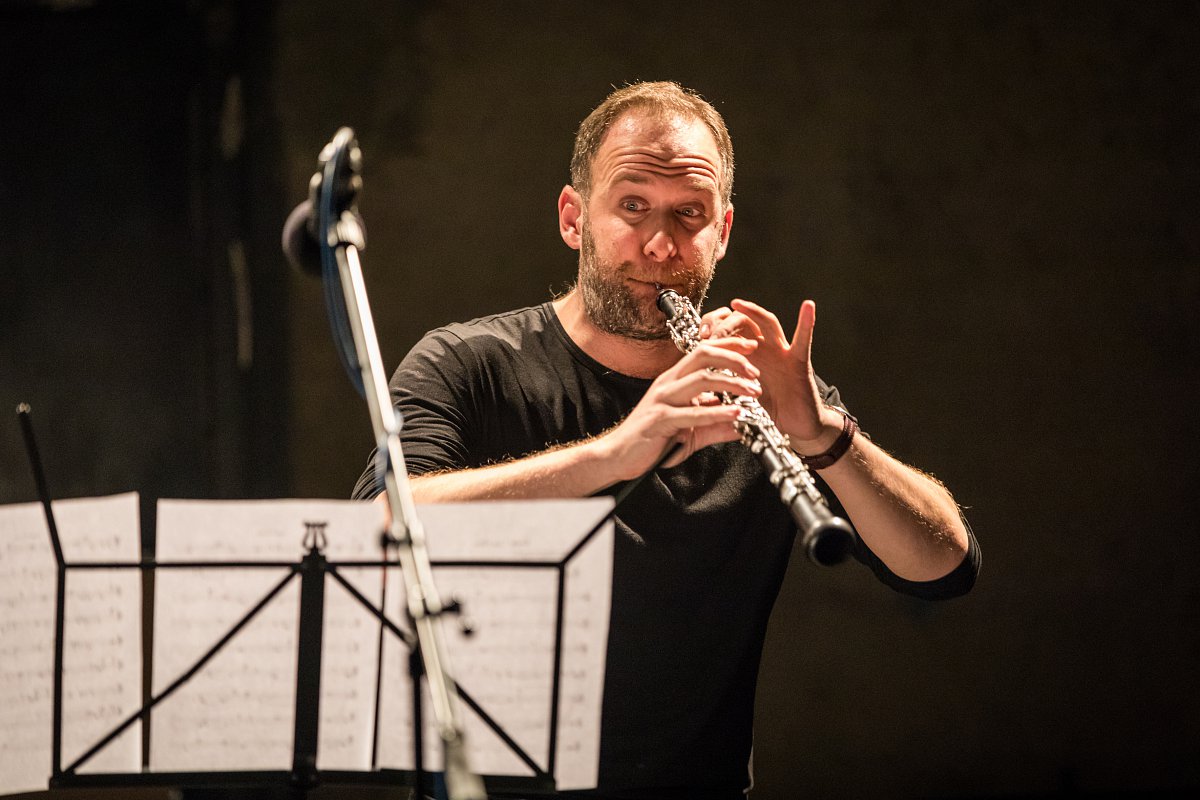 The third of the six evenings of the Beauty of Today, which is aoncert cycle organized by PKF – Prague Philharmonia, was dedicated to the composer, conductor, flautist and music organiser Petr Kotík who recently celebrated his 75th birthday. It took place on 8th February at NoD experimental space in Prague and the audience had a chance to see Kotík not only as a composer, but also as a presenter and performer.

The program consisted of four of his chamber pieces, for all of which it was their first performance in Prague. Etude 7 (in the arrangement from 2003) received even its world premiere; it actually received it twice since the piece was performed first by the oboist Vilém Zelenka and right afterwards by the author himself on flute. The other compositions included Overture for Pauline (2004), String Quartet No. 1 as well as Music for 3, in memoriam Jan Rychlík from 1964. The last is dedicated to Kotík’s private composition teacher (1916 – 1964), the memories of which formed one of the main parts of the program. The evening was hosted by the concert cycle’s dramaturge Hana Dohnálková. Apart from Kotík and Veverka, the performers included the members of the fama Q string quartet (David Danel, Roman Hranička – violin, Martin Stupka – viola, Balázs Adorján – cello) and Ondřej Melecký on double-bass.

The Beauty of Today