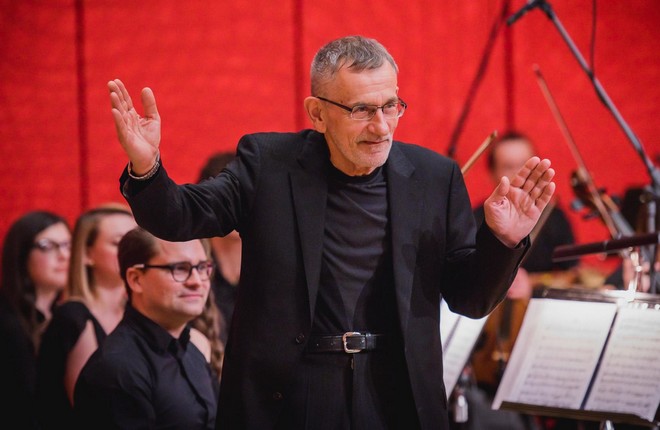 Held on 6th February in Reduta, this year’s first orchestral concert by the Brno-based Ensemble Opera Diversa not only celebrated Miloš Štědroň’s 75th birthday but also served as a unique display of music by contemporary Czech and Moravian composers. Led by Gabriela Tardonová, the ensemble performed 6 pieces for strings, none of which was written more than twenty years ago.

Two of them were given their world premiere, too, namely Fantasia for strings by Radim Bednařík (*1979), which was commissioned by the ensemble, and quattro omaggi claudiani for piano, violin and strings by the above-mentioned celebrator of his jubilee. While the former opened the evening, Štědroň’s four-movement hommage to Claudio Monteverdi formed its conclusion as well as the peak. The soloists of this postmodern piece combining Renaissance paraphrases with purely modern passages were Milan Paľa on violin and Alice Rajnohová on piano. The audience also had a chance to hear Hommage à concerto grosso for cello and strings by Robert Hejnar (*1969) with soloist Anežka Jungová or Life Attitudes for piano and strings by Kateřina Růžičková Piňosová (*1972), played again by Rajnohová. After the break, Paľa performed Canti del’Orfeo for violin solo by Leoš Faltus (*1937) which was followed by Vladimír Franz’s (*1959) Prague Divertimento. Part of the program was also the presentation of the ensemble’s new CD which includes, as already once before, music by the still not fully appreciated Jan Novák.