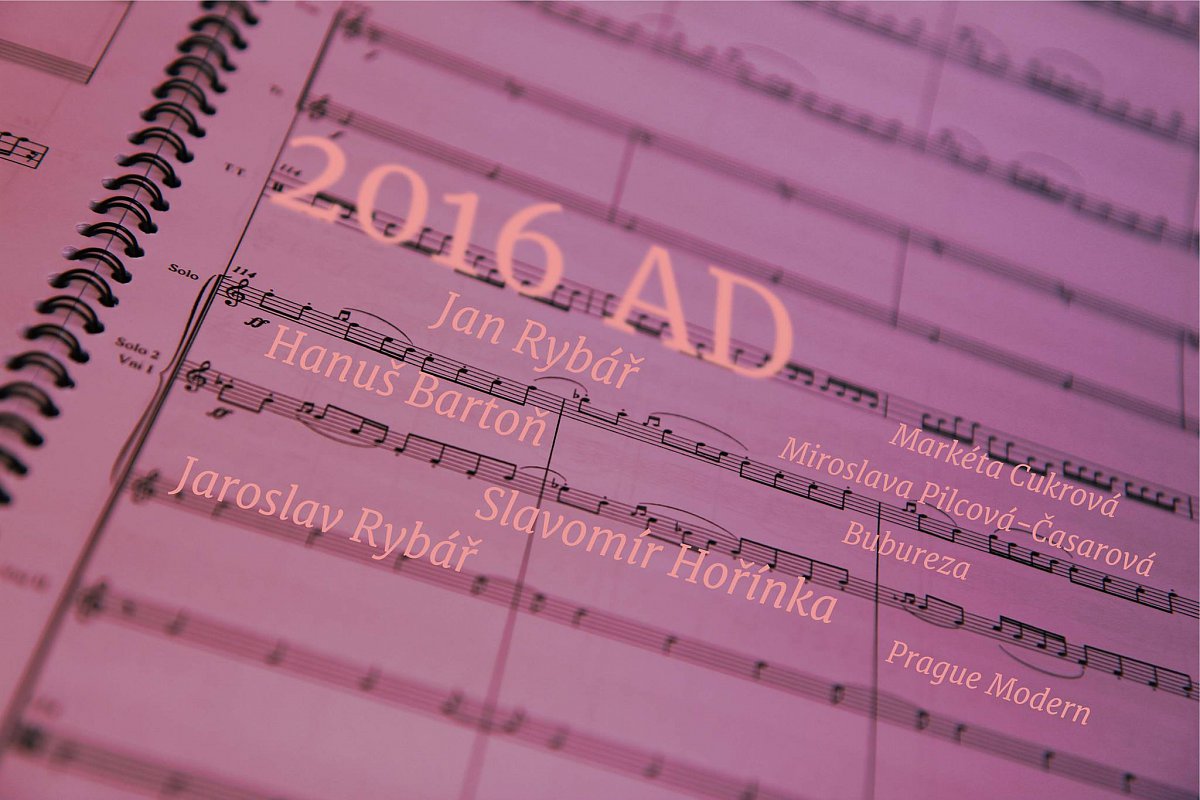 On 13th December, St. Clement’s Church in Prague witnessed the final concert of the Music in Contexts concert cycle. Named 2016 AD, the evening aimed not only to commemorate the approaching Christmas, but also to enrich the Christmas’ repertory with new pieces by contemporary authors. These were performed by the Prague Modern orchestra conducted by Jan Rybář.

The concert was opened with Solstice for orchestra by Jaroslav Rybář (*1942) which was followed by another world premiere – Hanuš Bartoň’s (*1960) Pastorale in F major. The next piece was Ej, ženo, co mě budíš (Aw, wife, why do you wake me up?) for soprano and small orchestra from 2007 by Jan Rybář (*1981) who was also the author of the closing Já jsem přišel k vám (I Came to You). In this series of carols for female choir and orchestra Prague Modern was joined by Bubureza female choir. The last piece receiving its world premiere was Čtvrtek a Odpusť ti Pánbůh (Thursday and May Lord Forgive You) by Slavomír Hořínka (*1980). Written on a text by Františka Barborka Pošmourná, a talented poetess with Down syndrome, the solo part was sung by the renowned Markéta Cukrová.