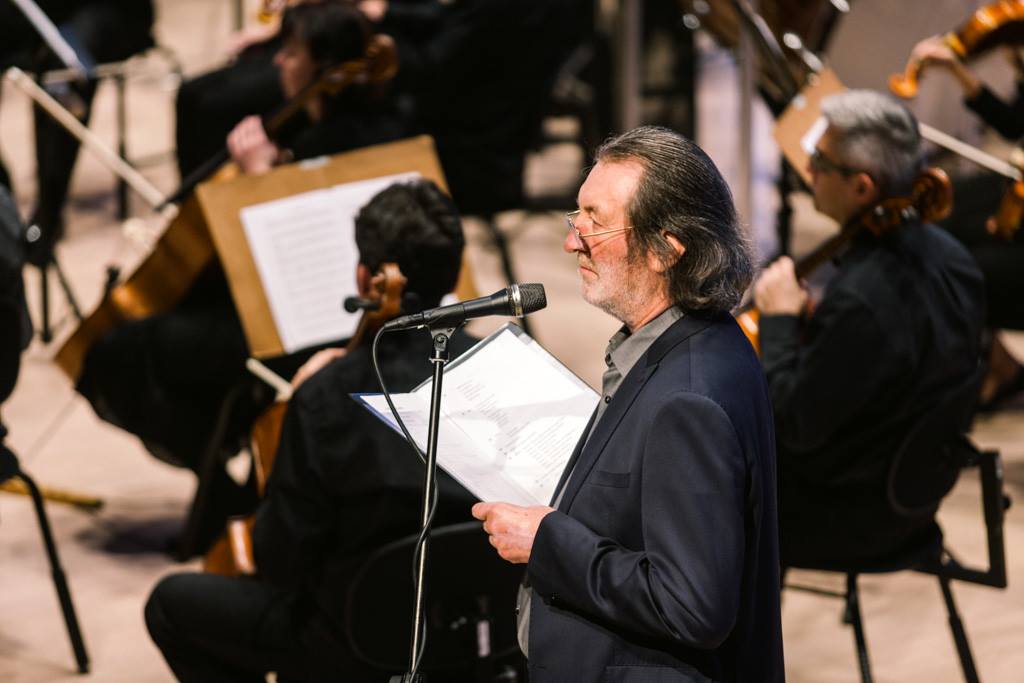 On December 7 and 8, Bohuslav Martinů Philharmonic Orchestra presented a contemporary oratorio I, Job!, by director Dodo Gombár and composer David Rotter. The spoken title role of a severely tested man, as described in the Old Testament’s Book of Job, was played by the popular actor Bolek Polívka.

The part of Job’s younger alter ego was sung by Ondřej Ruml while dancer and choreographer Linda Fernandez Saez starred in the dance role depicting the abstract power of both God’s and Devil’s plan. The orchestra was joined by Canticum Camerale choir and conducted by their music director Vojtěch Spurný.