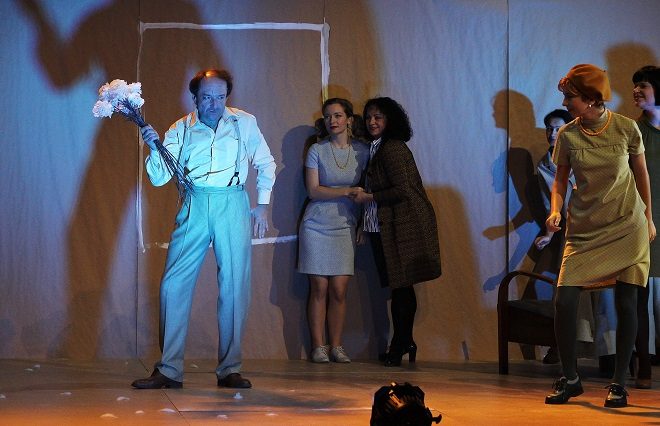 On 14 December, the New Stage of the National Theatre in Prague premiered the second opera by composer, and this time also a librettist Miloš Orson Štědroň (*1973). Subtitled “Poetic Images from the Life of Bohumil Hrabal”, Don Hrabal reveals, in nine images, the personality and attitudes of this famous Czech authorr, as well as the background of his relationship to women – his mother, wife Pipsi and other loves united in the character of the Muse.

The narrative oscillates between the humorous and the existential; Štědroň’s music is similarly eclectic, combining the contemporary musical and operatic language with rock’n’roll, pop, and jazz. The leading Czech baritone Roman Janál stands out as Hrabal, the other roles are performed by Lenka Šmídová (Mother), Jana Sýkorová (Pipsi) and Yukiko Kinjo (Muse). The piece was directed by Linda Keprtová, music director is Jan Chalupecký. There will be two more performances during winter 2018.