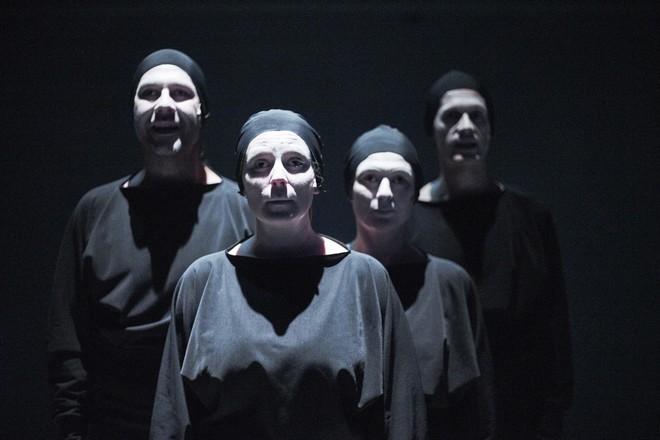 On June 27 the Prague-based Alfred ve Dvoře Theatre premiered an experimental opera performance The Lists of Infinity by a composer Martin Smolka. This performance directed by Jiří Adámek, who is also the author of the libretto, is in fact a new version of a piece composed 2 years ago on a commission for the New Opera days Ostrava (NODO) festival.

Spoken rather than sung, the opera consists of listings, registers, catalogues and indices. It was inspired by The Infinity of Lists, a voluminous monography by Umberto Eco  which is concerned with various types of lists and the strong human and societal urge to create them. The cast includes one countertenor and four speakers who are this time accompanied not by an orchestra but by a string quartet, harp and piano. For more information see the review by Miroslav Pudlák (available in Czech only): https://operaplus.cz/bludiste-seznamu-smolkova-a-adamkova-opera-v-nove-verzi/ . The three June performances which were completely sold out, will be followed by three more during the first half of November.