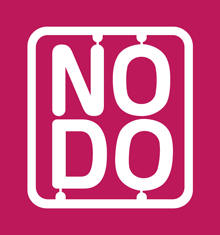 The opening evening of the New Opera Days Ostrava (NODO) biennale, which was held between the 27 and 30 June, offered a world premiere of William William, an opera by a composer and the festival’s artistic director Petr Kotík (*1942). The performance took place in the industrial milieu of the Hlubina coal mine.

William William is, as the author puts it, a “dance opera” in which the singers, the narrator and musicians (violin duo) do not participate theatrically on stage – the on-stage action consists entirely of dance. The libretto, written by Kotík himself, is inspired by a lesser-known Shakespeare’s tragedy Timon of Athens while the text of the narrator is based on the memoir by Nathalie Babel, a daughter of the Russian writer Isaac Babel. The central theme of this 30-minute-long opera are unforeseen situations or events that fundamentally change the condition of human existence. With the exception of the actress Miroslava Georgievová (narrator), the cast consists exclusively of foreign artists: Matilda Sakamoto, Colin Fuller, Rei Masatomi, Isabelle Ayers and Giordano Bozza are dancing, Alma Samimi, Markus Hollop and Adrian Rosas are the singers and the instrumental accompaniment is played by Pauline Kim Harris and Conrad Harris, a married couple performing together as a String Noise violin duo.