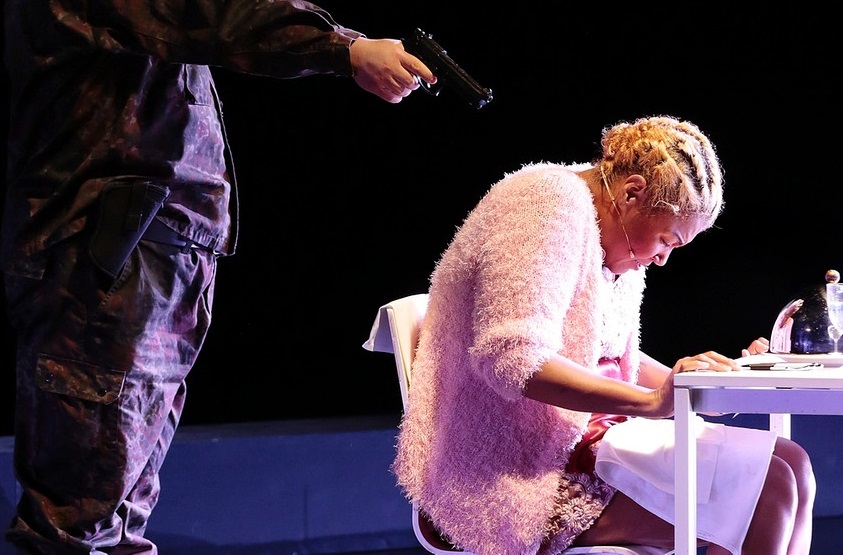 The 71st year of the Bregenzer Festspiele festival (Vorarlberg, Austria) presented a new production of Make No Noise, chamber opera by a renowned Czech composer Miroslav Srnka. Directed by Johannes Erath, it was performed on 17 and 19 August in the modern Werkstattbühne hall.

Commissioned by the Bavarian State Opera, Make No Noise was written in 2011 as Srnka’s very first stage work. The libretto by Tom Holloway (an Australian screenwright and author of the libretto of Srnka’s much discussed South Pole) is based on the film The Secret Life of Words (2005) by a Spanish directress Isabel Coixot. It is a story of two strangers accidentally meeting on an oil platform where, surrounded by sea, they try to come to terms with their traumatizing pasts. Their roles were sung by Soprano Measha Brueggergosman and Baritone Holger Falk, with the remaining cast including Annika Schlicht, Taylan Reinhard a Maciej Idziorek. The music was played by the legendary Ensemble Modern conducted by Dirk Kaftan.

Make No Noise was not the only Srnka’s piece that was given its Austrian premiere at the festival. Eighteen Agents, composition for 19 strings from 2012, was performed on 21 August by the Vorarlberg Symphony Orchestra led by Gérard Korsten.