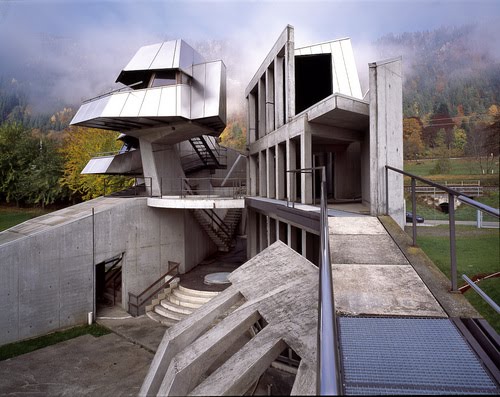 Held regularly from as early as 1969, the Carinthischer Sommer festival in Villach, the metropolis of the federal state of Carinthia, is one of the best known and most popular festivals in Austria. This year among those representing the contemporary music scene was the composer Ondřej Adámek (*1979), one of the festival’s Artists in Residence for 2016.

A concert consisting entirely of Adámek’s chamber pieces was held on 2 August in a so-called Domenig Steinhaus, local modern architecture pearl situated on the bank of the Ossiacher See. The evening was opened by Conséquences particulièrement blanche ou noires for airmachine solo (2014). Playing on this peculiar hoover-based instrument invented by the composer himself was the French percussionist Roméo Manteiro. Two compositions from 2010 followed – Lo que no’ contamo’ which is the composers’s second string quartet, performed by Quator TANA (FR), and Chamber Nôise for cello and double bass in which the Quator TANA’s cellist Jeanne Maisonhaute was joined by the double bass player Yann Dobost. Rapid Eye Movements (2003-2005) for string quartet and electronics closed the concert. Carinthischer Sommer festival will go on till August 25.