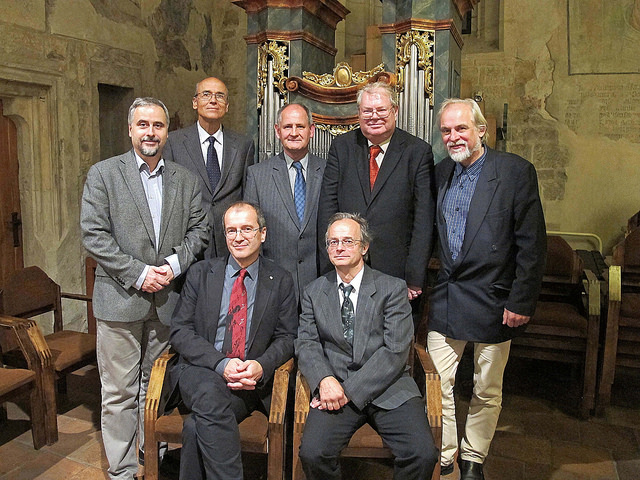 A song cycle Confessions of a Poet by Juraj Filas received its world premiere at a concert of the composers’ association Harmonia held by the Prague Spring festival on 2 June at the St Agnes’ Convent. It was performed by a renowned Czech baritone Ivan Kusnjer and a pianist Daniel Wiesner.

The cycle’s four songs March – To She Who Is Dead – Across an Open Field I’ll Go and The Boy and the Tree are based on the poetry by a Slovak poet Vojtěch Míhálik (1926-2001). “I became acquainted with Mihálik’s works many years ago,” Filas notes, “and I consider his poetry to be immensely profound and a truly mature, masterful confession that speaks in clear terms of the deepest human experience.” The other works on the programme were composed by the other of the association’s founding members; Exclamation for solo violoncello by Vladimír Tichý opened the evening, followed by Pavel Trojan’s Vaudeville for Flute and Piano, Confessions of a Poet and Jiří Gemrot’s String Quartet No. 4. The concert’s second half included Reminiscence for Clarinet and Electronic Sound by Pavel Kopecký, a song cycle Tree by Miroslav Kubička and Otomar Kvěch’s String Quartet No. 6 “Mozart’s Nostalgia“.