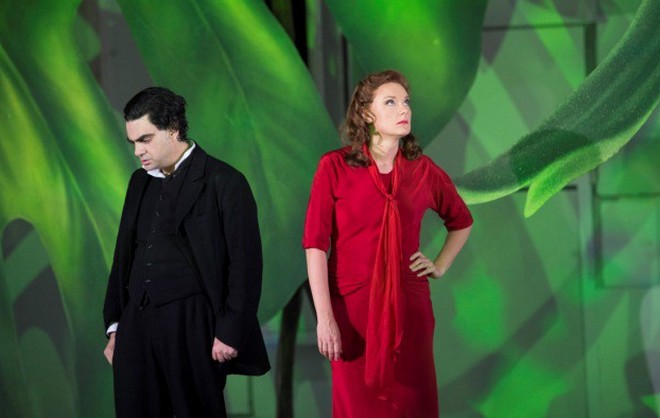 On May 28 one of Bohuslav Martinů’s operatic masterpieces, Juliette (1937-38), was performed, for the first time in the theatre’s history, at the Staatsoper Berlin. The all-star cast includes the Czech mezzo-soprano Magdalena Kožená in the title role of Juliette and Rolando Villazón as Michel; the conductor is the Staatsoper’s musical director Daniel Barenboim. Much of the attention has been attracted by the name Claus Guth, too, who is regarded as one of the most prominent opera directors of his generation.

His production, however, caused some controversy. That was mainly due to the fact that he decided to turn away from the usual surrealist atmosphere of a dream in which the plot is set and instead to tell a specific criminal story revolving around Michel’s attempt to conceal – both from the public and himself – the murder he had committed (at the production’s very beginning he walks onto the stage with his hands covered in blood). Among the aspects highly acclaimed by the press were, on the contrary, the performances of Kožená and of the orchestra led by Barenboim as well as a ‘stunning’ light technology. The opera is sung in French (in a translation made by the composer himself) and shall receive six more repeat performances by the end of June.