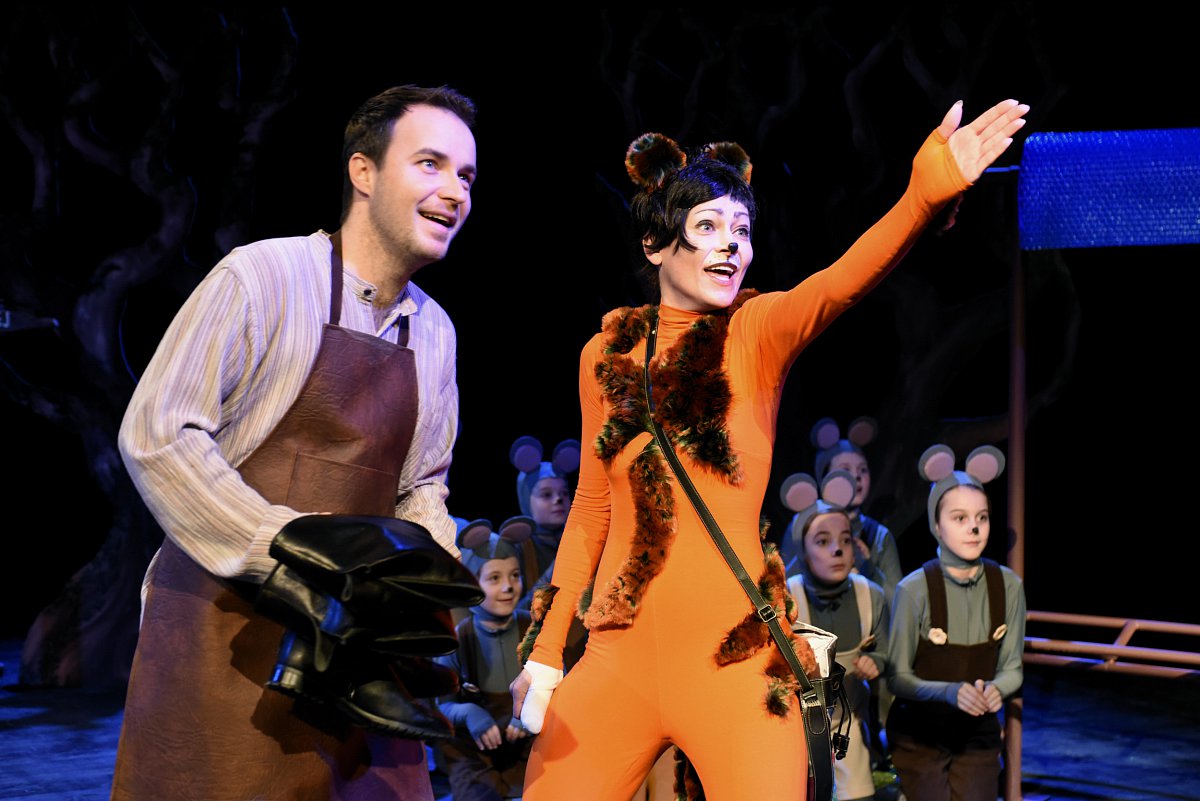 J. K. Tyl Theatre in Pilsen staged a new production of Jiří Teml’s opera Kocour v botách (Puss in Boots). This children’s opera, composed in 2008/9 to a libretto by Jan Tůma and Eliška Hrubá-Toperczerová, consists of 6 scenes and received its premiere in 2009 at the Smetana’s Litomyšl music festival by the Czech Philharmonic Children’s Choir. This year, on 20 February on the Pilsen’s theatre’s Small Scene, it was produced on a theatre stage for the first time (only semi-staged versions until now). Moreover, the author composed extra ballet music for the production and rearranged the singing parts.

The director is Lilka Ročáková, the Pilsen’s opera soloist emeritus, for whom this approximately an hour-long work based on a popular French fairy tale is the biggest experience in directing so far. The roles are sung by other members of Pilsen’s ensemble, namely Ivana Klimentová (Puss), Petra Šintáková (Princess), Jiří Langmajer (King), Martin Švimberský (Frantík), Andrea Frídová (Landlady), Roman Dušek (Ogre) and Miro Bartoš as the Narrator. The children’s ballet performs, too, as well as the children’s choir led by Zdeněk Vimr and, last but not least, the accompanying pianist Martin Marek who was also responsible for the rehearsal process. Kocour v botách, which is already the fourth children’s opera produced by J. K. Tyl Theatre in the last couple of years, will be performed eight times more in the 2015/2016 season.