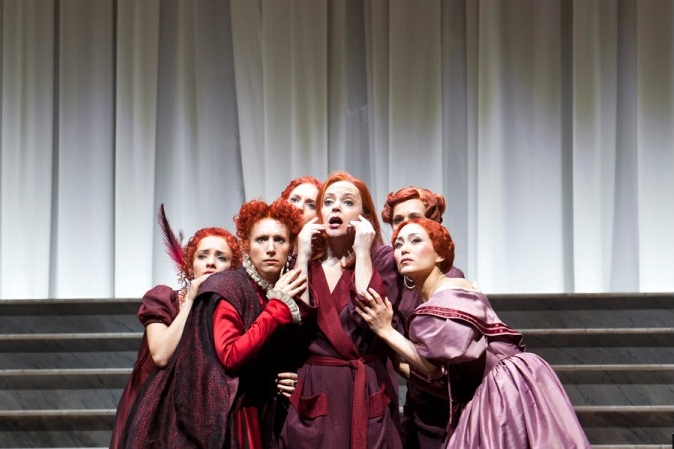 On 19 February a new production of Leoš Janáček’s opera The Makropulos Affair received its premiere at the Deutsche Oper Berlin. Its authors are the director David Hermann and the scenographer Christof Hetzer, who had already created the productions of Das Mädchen mit den Schwefelhölzern (The Little Match Girl) by Helmut Lachenman and Oresteia by Iannis Xenakis for this biggest of the city’s three opera houses together. The orchestra was conducted by the Deutsche Oper Berlin’s musical director, a Scottish conductor Donald Runnicles.

The performance was followed by a standing ovation, especially on account of the excellent Evelyn Herlitzius in the leading role of Emilie Marty. This soprano was supported among others by a successful Czech tenor Ladislav Elgr, who starred on the stage of DOB already in 2014 as Števa in Janáček’s Jenůfa, this time in the role of Albert Gregor. The other parts were sung by Seth Carico (Dr. Kolenatý), Derek Welton (Jaroslav Prus), Paul Kaufmann (Vitek) or Jana Kurucová (Kristina). The performance, which is sung in Czech with German and English subtitles, will be staged four times more during this opera season.