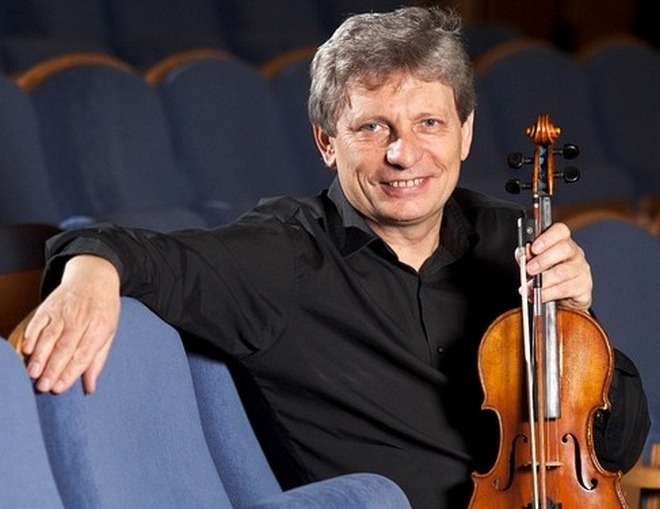 During the second half of the hopelessly sold-out concert Pavlica’s band Hradišťan, accompanied by the orchestra, performed some of their repertoire’s well-known songs. Bohuslav Martinů Philharmonic Orchestra, which has a long history of collaboration with this composer, was conducted by Stanislav Kořínek. The concert was one of the several special events commemmorating 70 years of the orchestra’s existence.