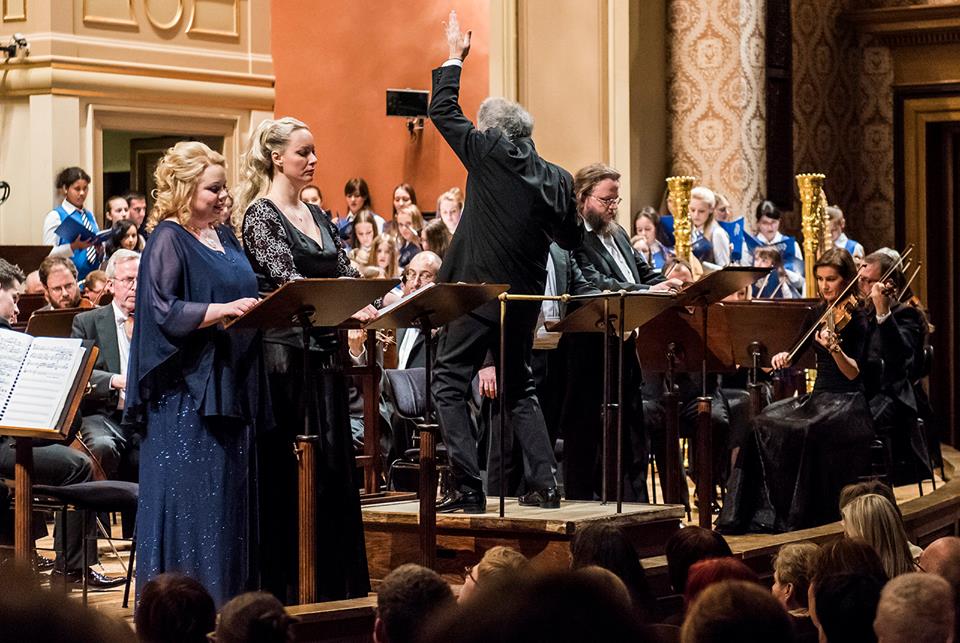 On their concerts on March 9, 10 and 11 the Czech Philharmonic performed – as this season’s second world premiere of a piece by a Czech composer already – Miloš Bok’s Apocalypse in Kamenická Stráň. This monumental 50-minute long vocal-instrumental composition for mixed and children’s choir, four soloists and a large orchestra is in fact only the first half of the intended two-part oratorio which should at the same time form a final part of the author’s oratorio trilogy The Gnomes from the Valley of Křinice (1993) – Saint Zdislava (2001) – Apocalypse.

The title refers to Northern and Western Bohemia and the Elbe Sandstone Mountains, the landscape of which plays a crucial role within Bok’s work; according to the words of this composer of predominantly sacred music it was here where he found his relationship to God and faith. Being to a great extent an autobiographical work, it comes as no surprise that the libretto, too, was created by Bok himself by combining his own texts with passages from the Bible and the ancient Roman Rite. The Czech Philharmonic, joined by the Prague Philharmonic Choir and Czech Philharmonic Children’s Choir as well as by the singers Liana Sass, Jana Hrochová, Miloslav Pelikán and Jozef Benci and the organist Aleš Bárta, was led by the renowned Austrian conductor Manfred Honeck. The evening was opened by Mozart’s Symphony No. 39.