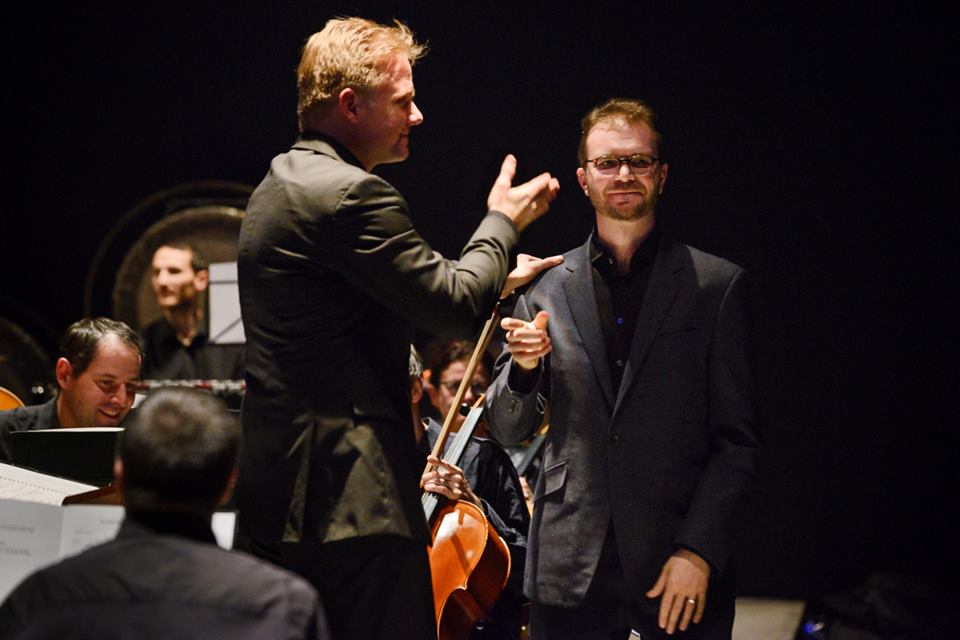 The 8th year of the Prague contemporary music festival Contempuls started on Friday 11th November with an orchestral concert in La Fabrika, Holešovice. Besides Jo Kondo’s To the Headland, Bent Sørensen’s Piano Concerto No. 2 „La Mattina“ (with Jonathan Powell as a soloist in place of indisposed Jan Bartoš) and Symphony: Daar kom die Alibama by Kevin Volans, PKF – Prague Philharmonia, led by Slovak composer and conductor Marián Lejava, presented also a new piece by jan Trojan (*1982) which was written on the festival’s commission.

3107 Miles of Proximity was named after the number displayed by the speedometer at the end of Trojan and his wife’s travel accross the Western United States. As the composer puts it, he, at the time, “was thoroughly experiencing the form of distance with the landscape unchanging for hundreds of miles and then, as if by a film cut, it transforms into another shape…” The audience of the full Slévárna studio awarded this quiet, meditative electroacoustic piece employing broad arsenal of sound effects and minimalist passages with a long ovation.