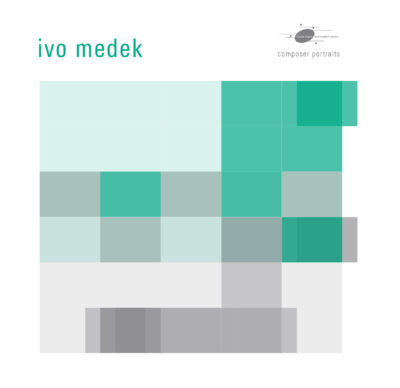 Portrait of the composer Ivo Medek.
Listen to an excerpt on Bandcamp.
Would you like to get this CD? Send us an e-mail.

Moreover, he has co-founded and organised the international Musica Novaconference and the Percussion Workshop in Trstěnice, Czech Republic. He hasworked on a project aimed at activating the creativity of children and young people by means of improvisational and compositional techniques. Ivo Medek has also served as the director of the New Music Encounters Plus international festival, which has taken place for two decades.