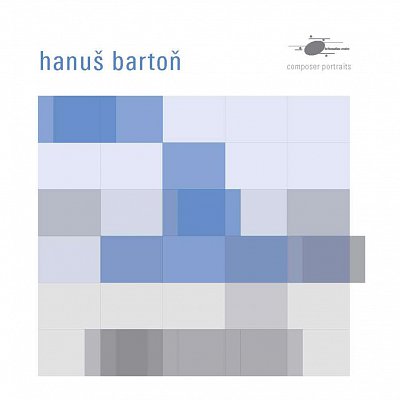 Portrait of the composer Hanuš Bartoň.
Listen to an excerpt on Bandcamp.
Would you like to get this CD? Send us an email.

The composer, pianist and pedagogue Hanuš Bartoň enrolled in 1975 at the Prague Conservatory to study composition (with Ilja Hurník) and piano (with Emil Leichner). From 1981 to 1986 he attended the Music Faculty of the Academy of Performing Arts (HAMU) in Prague, where he was taught by Jiří Pauer (composition) and Jan Panenka (piano). He further studied composition as a postgraduate at HAMU under the guidance of Svatopluk Havelka. Furthermore, he attended several master classes and studied abroad, including with Franco Donatoni in Siena in 1985. At the present time, he is a professor at the Department of Composition of HAMU, which he has headed since 2010. He has also given lectures on his work, compositional technique and Czech contemporary music abroad (Kazakh University of Arts in Astana, 2013; Conservatorio G. Nicolini Piacenza, Italy, 2014).

The bulk of his oeuvre is formed by instrumental music, yet Hanuš Bartoň has also composed musical-dramatic works, several vocal pieces and cycles, as well as electroacoustic music. He strives to achieve an organic blending of significantly distant stylistic and genre starting points into an integrated compositional form. Bartoň has also written incidental music for more than 20 theatre productions.

He is a founding member of MoEns, an ensemble performing contemporary music, a member of the association of contemporary music composers and interpreters Ateliér ’90, and since 2001 has been a member of the music section of the Artistic Society (Umělecká beseda). As a pianist, Bartoň’s repertoire mainly includes contemporary music. Every year, he and MoEns have given premieres of new Czech and foreign pieces (at festivals in Germany, England, France, Italy, Canada, Mongolia, Ukraine and other countries, and numerous concerts in the Czech Republic).

He has made a number of recordings for Czech Radio and foreign radio stations (Deutschlandfunk, etc.) and participated in many CDs. As a pianist, he has made recordings featuring historical music, a domain in which he has devoted to a less frequently performed but still inspiring repertoire.