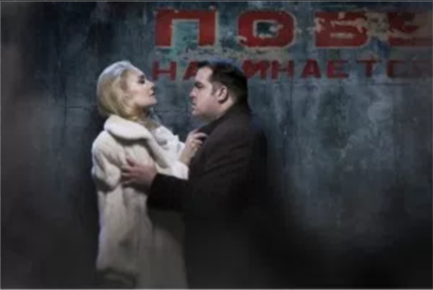 The ongoing Bard SummerScape festival, held for the 15th time at the Bard College campus some 180 km north of New York, focuses this time primarily on the work of Fréderic Chopin. That is why the choice of the opera to be produced this year fell on a Poland-themed work, the seldom performed Dimitrij by Antonín Dvořák.

The author of the production is an American award-winning theatre and opera directress Anne Bogart and the New York-based American Symphony Orchestra plays under the lead of its music director Leon Botstein. The leading roles are performed by Clay Hilley (Dimitrij), Melissa Citro (Marina), Olga Tolkmit (Xenie) a Nora Sourouzian (Marfa). The production is set to a later, yet historically similarly tense period of the fall of the Soviet Union at the turn of the 80s and 90s. Sung in Czech, Dimitrij shall receive altogether five performances in the course of the festival.