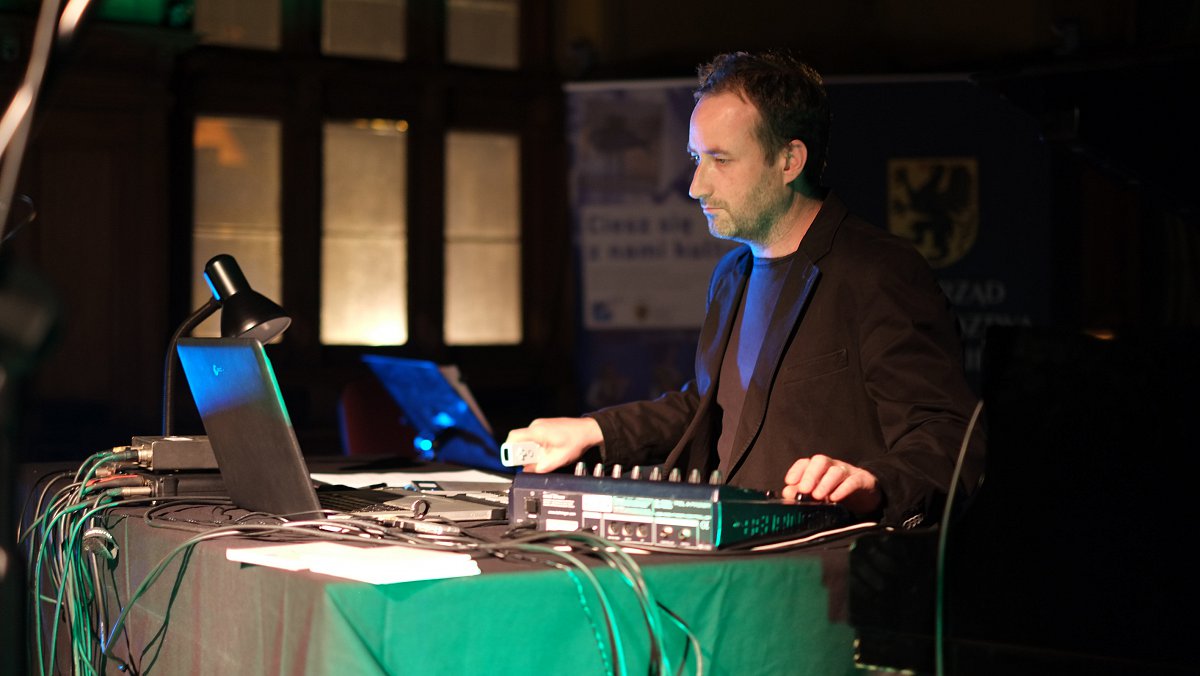 Composer Michal Rataj was one of the guests of Polish contemporary electroacoustic music festival Nowa Muzyka w Starym Ratuszu. Three of his works were presented at a concert on 8th December at the Old Town Hall in Gdańsk.

The first piece on the program was Winter Shadowy. This composition, which made it to the finals of the Musica Nova composers competition last year, was performed by Rataj with Polish electroacoustic composer Dariusz Mazurowski. The duo also played in the following Writing Machine from 2008. Lastly, Rataj with the clarinettist Andrzej Wojciechowski presented Small Imprints for clarinet and live electronics from 2013 which became the winner of the above mentioned Musica Nova in the category ‘combination of live and electronic components’. Dedicated to the memory of Polish composer Eugeniusz Rudnik, the concert also included music by Magdalena Dlugosz and Michael Lukaszuk. The event was co-organized by the Czech Centre Warsaw.