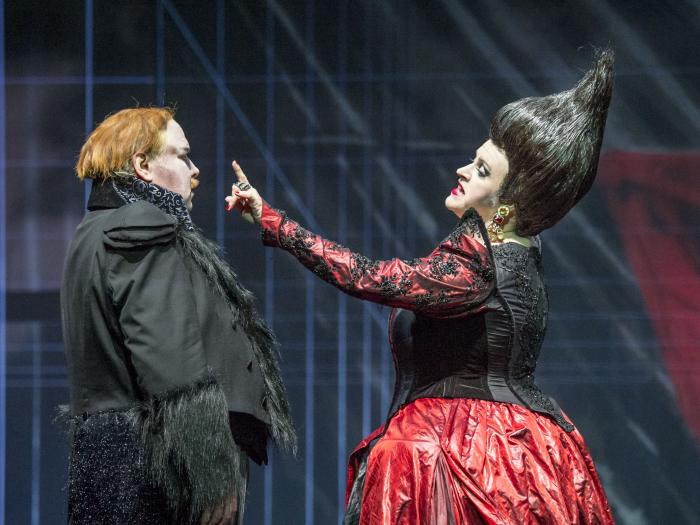 On 13th February the Tiroler Landestheater Innsbruck premiered a new production of Janáček’s The Makropulos Affair. It was also the very first performance of the work on the stage of this Austrian opera house in history. The members of the creative team, who already worked together on the successful production of Eugen d’Albert’s Tiefland (1903) two years ago, are director Kurt Josef Schildknecht, the Italian conductor Francesco Angelico and singer Susanna von der Burg, starring in the leading role of Emilie Marty.

The other roles are played by Bernd Valentin (Jaroslav Prus), Arnold Bezuyen (Albert Gregor) or Andreas Mattersberger (Dr. Kolenatý). The opera is sung in German and will be staged nine times more this season. Moreover, a special matinée was organized by the theatre six days before the premiere which gave the visitors a chance to learn more about the production’s artistic concepts.