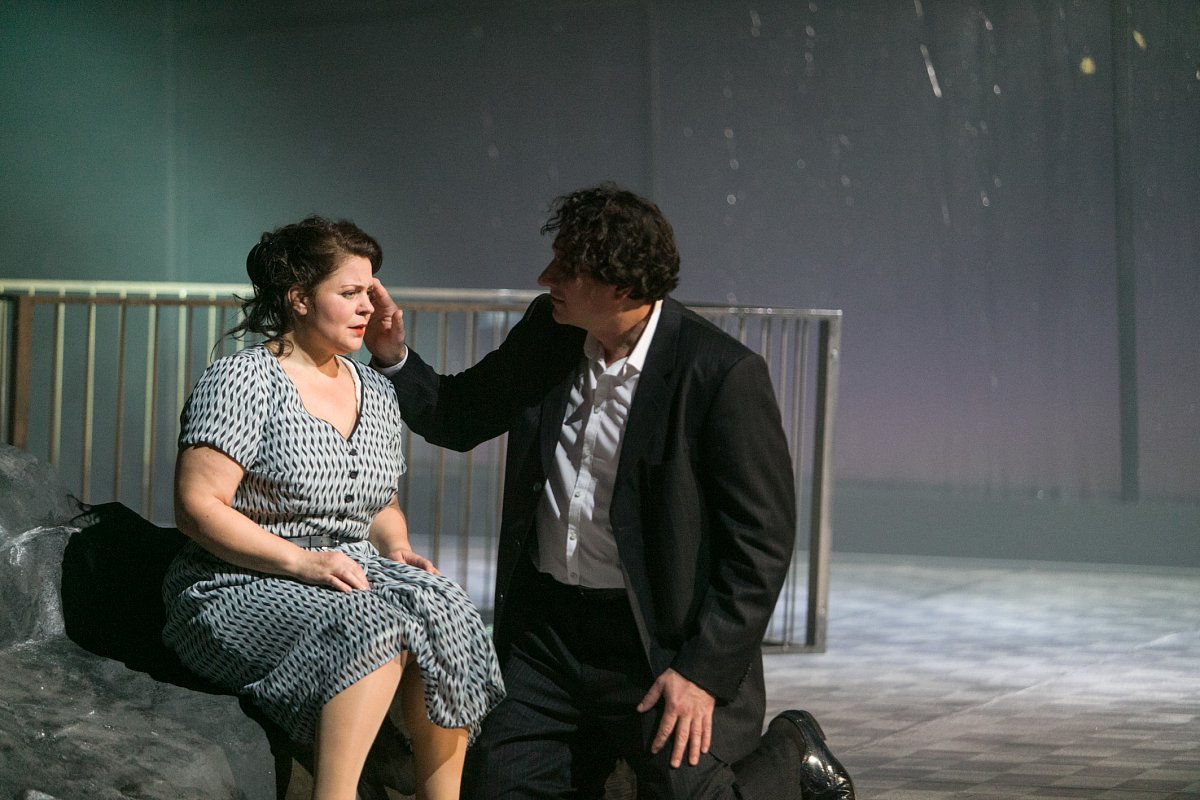 The production was created by the Czech-born director Tibor Torell who presents the story as chain of visions of the heroine, who thus never leaves the stage during the performance. Her role is sung by Irina Popova, permanent member of Aachen ensemble; the cast also includes Katja Starke (Kabanicha), Pawel Lawreszuk (Dikoj), Alexey Kosarev (Boris), Johan Weigel (Tichon) and others. Sung in Czech, the opera will receive nine more performances in the 2017/18 season.