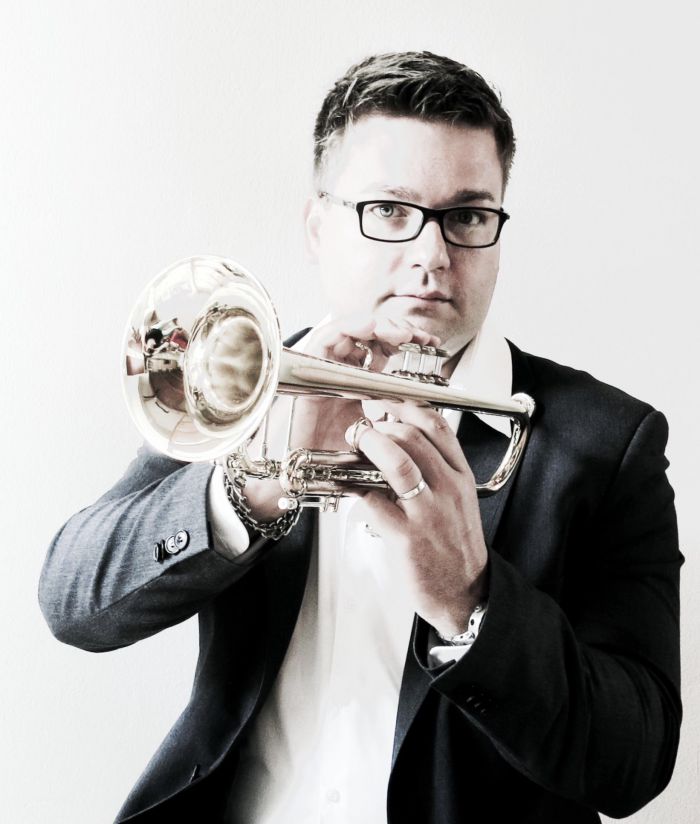 During a concert called “Jazz Inspirations”, which took place on 4th February at Reduta concert hall in Olomouc, the Moravian Philharmonic Orchestra gave world premiere of Zdenek Merta’s Century Dance. The trumpet concerto, which the author describes as a classic crossover piece, is in fact a symphonic transcription of five distinctive dances of the 20th century. The movements are named Tango, Blues, Take Five, Valse and Boogie.

Each of these movements is written for a different type of trumpet (C trp, flugelhorn, A trp, cornet, B trp). The solo was played by Moravian Philharmonic Orchestra’s first trumpetist Ondřej Jurčeka, while Emil Skoták was conducting. The other pieces on the program also bore the marks of jazz influence; the audience had a chance to hear the prelude to Leonard Bernstein’s musical Candide, Half-time Rondo for big orchestra by Bohuslav Martinů and the ballet suite from The Ox on the Roof by Darius Milhaud.