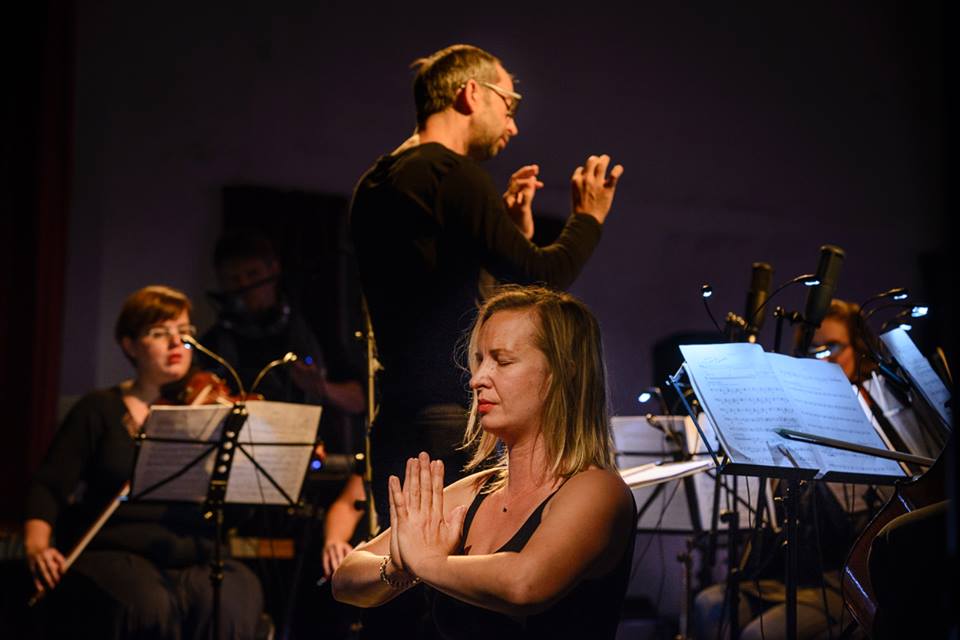 Held on September 4 in the Domovina hall in Holešovice, Prague, the first autumn concert by BERG orchestra was named “Surya Namaskar”, which means Sun Salutation. That was because the evening’s dominant theme was yoga, specifically as presented by composer and multi-instrumentalist Tomáš Reindl (*1971) in his premiere piece Yoga for Guru, Orchestra and Yogis.

Commissioned by the orchestra, the stylishly eclectic composition intends to “pay homage to the ancient Eastern system of teachings, which, at the turn of the 19th and 20th century found its way to our homeland, too,” the author explains. “Yoga is a complex system, a wise science about the human body, mind, breath and spirit, which is universally effective and helps millions of people around the world…” The role of the stern Guru reciting the oldest Czech texts on yoga including those by František Drtikol was written directly for the legendary diva and theatre actress, the 91-year-old Soňa Červená. Her instructions were followed by eleven women yogis performing the different asanas.

In the first half of the evening, the audience had a chance to hear the spectral Voyage into the Golden Screen by Danish composer Pera Nørgård and the Czech premiere of Sinuous Voices (2004, rev. 2009) by the internationally acclaimed Ondřej Adámek. The orchestra played under the lead of their chief conductor Peter Vrábel.