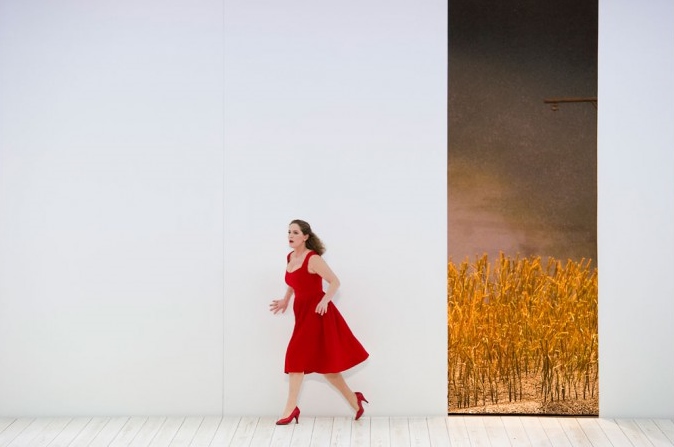 On 28 February Janáček’s Jenůfa was for the first time in history staged at the New National Theatre Tokyo, Japan’s foremost national centre for performing arts. The production, which was created in 2012 at Deutsche Oper Berlin by the director Christof Loy and then conducted by Donald Runnicles, enjoyed a great success two weeks ago, when it reached second place in the ‘Best Opera Recording’ category of the prestigious Grammy Awards.

The cast is predominantly identical with that in Berlin – Michaela Kaune (Jenůfa), Jennifer Larmore (Kostelnička), Hanna Schwarz (Grandmother Buryjovka) and Will Hartmann (Laca) -, with the exception of  Czech tenor Ladislav Elgr, who was in his role of Števa replaced by Gianluca Zampieri due to the former’s engagement in another of Janáček’s operas, The Makropulos Affair, at DOB (see https://blog.musica.cz/en/articles/detail/729/berlin-the-makropulos-affair). The The Tokyo Symhony Orchestra is led by the Czech conductor Tomáš Hanus. Sung in Czech, Jenůfa will be staged five times at the New National Theatre in this opera season.