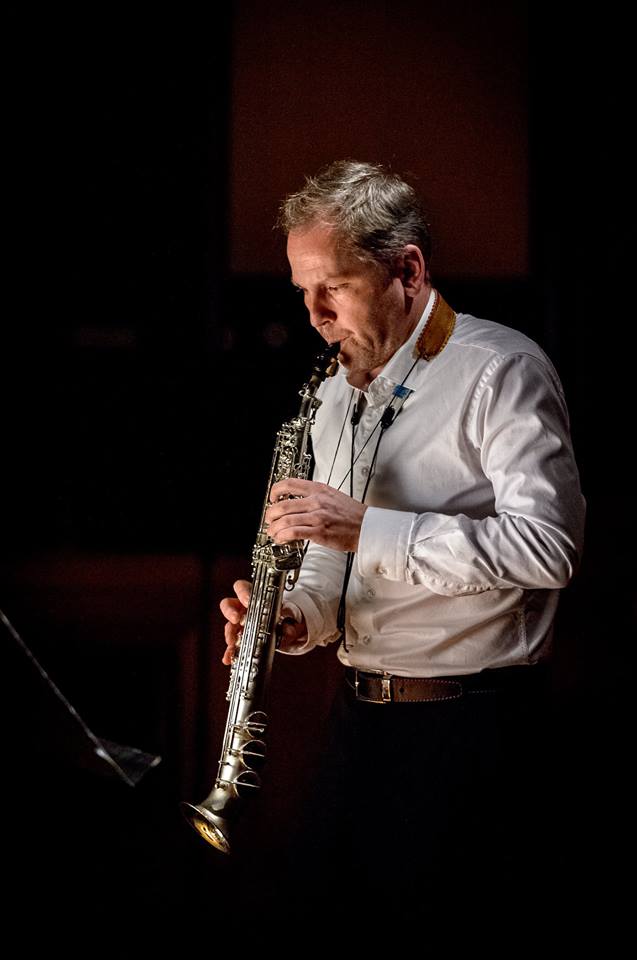 One of the events of this year’s Exposition of New Music festival (Octobre 19 – 23, Brno) was a recital by a saxophone and clarinet player Pavel Zlámal. Zlámal, who specializes in contemporary and experimental music, performed four pieces for saxophone solo from 1956 – 2016.

Christian Lauba’s Hard, Simon Steen-Andersen’s De profundis and Gianti Scelsi’s Tre pezzi were followed by his own recent piece whose name is, as the author puts it, “of no consequence whatsoever”. It was commissioned by the festival and Zlámal wrote it with the intention of “reaching the point of complete exhaustion”, of stretching the very limits of the player’s musical abilities. With Zlámal, it comes as no suprprise that improvisation also plays a crucial role. In compliance with this year’s programming which aimed to turn the audience’s attention from innovative concert formats, extra-musical messages or unusual venues back to the sound itself, the event was held at Brno’s Besední dům.