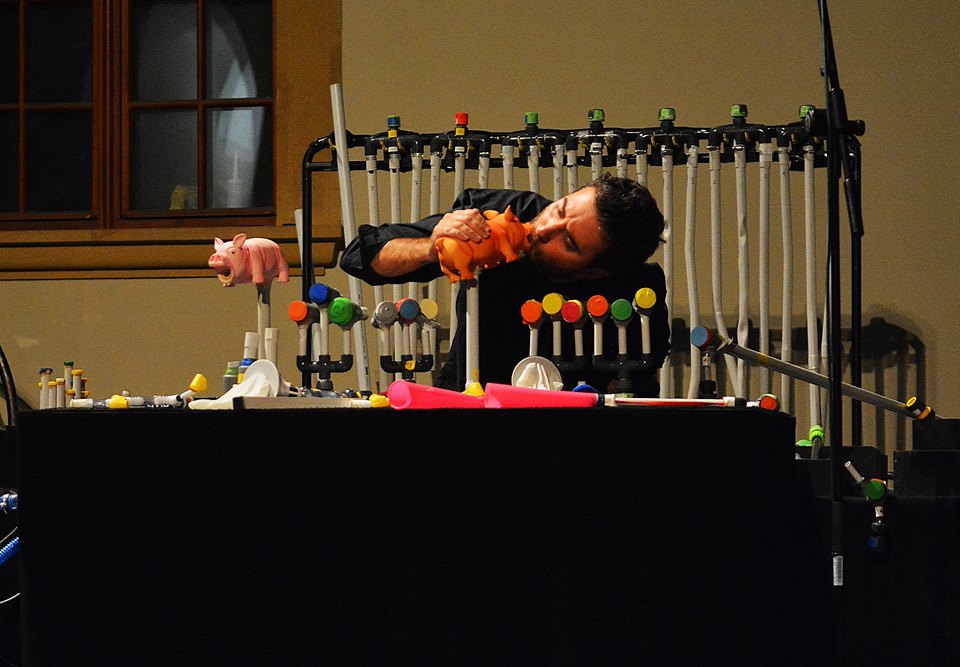 The 9th year of MusicOlomouc festival culminated on October 15 in the Atrium of Palacký University’s Art centre with a composer portrait of Ondřej Adámek. On the occasion, Adámek presented for the very first time his self-made musical instrument Airmachine, which has been enjoying success abroad, to Czech audiences.

Airmachine 2 (thus already a second one he constructed) was created as a combination of vacuum cleaners, electromagnetic valves, computers with MIDI patch and tens of wind instruments set on hosepipes – latex gloves, fujaras, party blowers, latex toys for dogs, among others – and operates on the principle of air being blown in and out. French percussionist Roméo Monteiro, who is already a professional player on the instrument, opened the concert with the solo Conséquences particulièremet blanches ou noires from 2016 which was followed by the orchestral Sinuous Voices (2004-2009) performed by Prague Modern ensemble. The evening was closed with the “repetition” of the former piece, but in a version for Airmachine and orchestra. The enthusiastic responses attest that Adámek provided for a very successful conclusion of the whole festival.