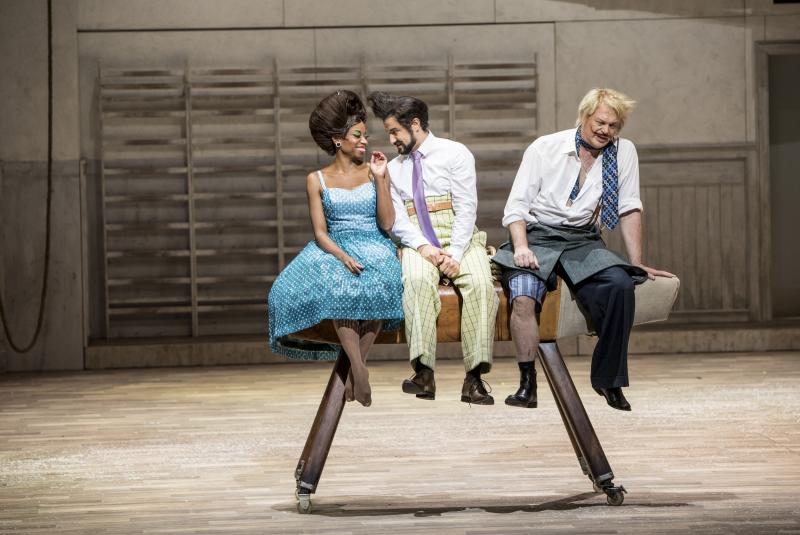 On October 14, Aalto-Musiktheater opera in Essen, Germany, premiered a new production of Bedřich Smetana’s The Bartered Bride in which numerous Czech artists were involved. Apart from conductor Tomáš Netopil, who currently works as the general music director of the theatre, tenor Richard Samek starring as Jeník, scenographer Martin Chocholoušek and costume designer Simona Rybáková it was also the acclaimed directors duo Martin Kukačka and Lukáš Trpišovský known under the acronym SKUTR.

The tandem took inspiration in Miloš Forman’s cult film The Firemen’s Ball and set the opera into a Sokol gymnasium. “We would probably get thrown out of Czech theatres with this,” Trpišovský said, “but in Germany, people liked it very much.” The opera is sung in German in translation by Kurt Honolka. Besides Samek, the cast includes Jessica Muirhead (Mařenka), Tijl Faveyts (Kecal) or Dmitry Ivanchey (Vašek). The premiere will be followed by ten more performances in this opera season.