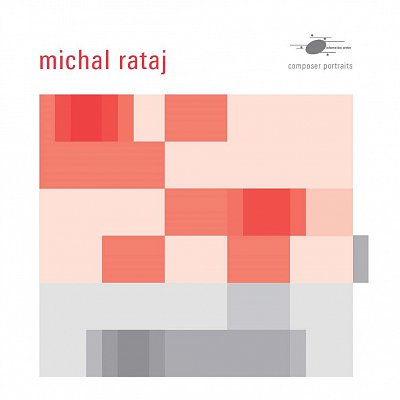 Portrait of the composer Michal Rataj.
Listen to an excerpt on Bandcamp.
Would you like to get this CD? Send us an e-mail.

The composer, producer and pedagogue Michal Rataj graduated in musicology from the Faculty of Arts of Charles University (1999) and in composition from the Music Faculty of the Academy of Performing Arts in Prague (2003), having studied with Ivan Kurz and Milan Slavický. He also studied in the UK and Germany. His doctoral studies increasingly focused on electroacoustic music and sound performance. He was a Fulbright scholar at CNMAT, University of California, Berkeley.

Michal Rataj above all writes electroacoustic and instrumental music, seeking intersections between the current sound technologies and traditional compositional techniques. Although frequently working with technological transformations of sound in real time, he likes composing within purely acoustic forms, of the kind in which technologies only intervene in the background, covertly, as vehicles for moulding
the tonal and harmonic material.

He has created acoustic compositions for radio (including for the WDR Studio Akustische Kunst and Sveriges radio monitor), as well as acousmatic pieces, which he has of late often presented at his concerts/performances with sounding objects and in spatial sound. Since 2008 he has performed live in a number of European countries and the USA, and has also led international workshops and master classes, mostly specialised in various concepts of sound processing in real time, use of sensors in music and compositional aspects of acoustic design.

As a composer of film scores, since 2004 he has participated in approximately 20 feature films, documentaries and TV series, recently mainly in tandem with the director Robert Sedláček.

For over 10 years he worked as music director and sound designer at czech radio. he has created dozens of sound compositions to radio plays. Since 2003 he has participated in compiling the radioatelier programme and as a producer has instigated more than 100 acoustic pieces by composers from all over the world and been a leading member of the EBU ars acustica group.
www.michalrataj.com