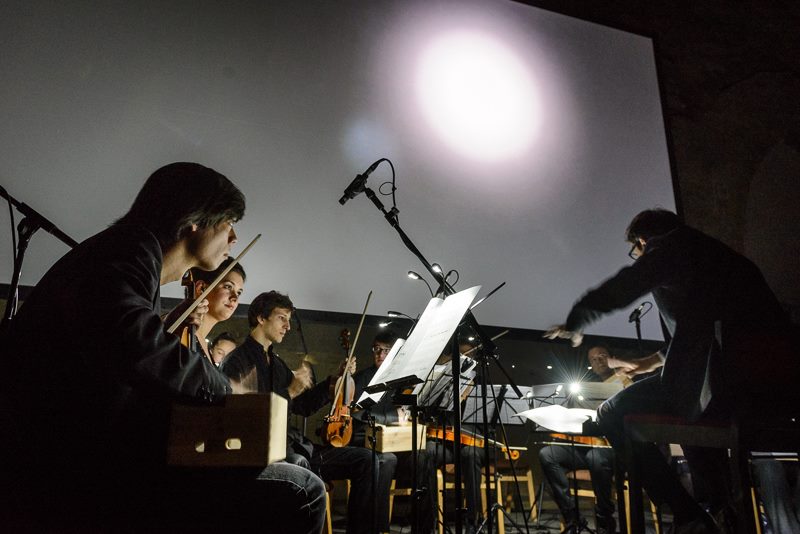 Early Spring (Předjaří), audio-visual composition by Martin Klusák (*1987) received its world premiere at the recent concert of the Berg Orchestra which took place on 31st October at the St. Agnes Convent in Prague. It was with this piece that the author successfully finished his studies of composition at the Academy of Performing Arts in Prague in Professor Ivana Loudová’s composition class.

“I proceed from the notion of a complex audio-visual work of art inspired by the slow tempo of musical ambient (as well as of the unofficial genre of film ambient),” says Klusák. “From the very first concepts, the musical constituent has been closely tied with the film constituent, they are based on each other and enter into various relationships and counterpoints.” The other pieces on the program – receiving their Czech premiere – were written by composers Egidija (Lithuania) and Erkki-Sven Tüür (Estonia). The orchestra was conducted by their music director Peter Vrábel.