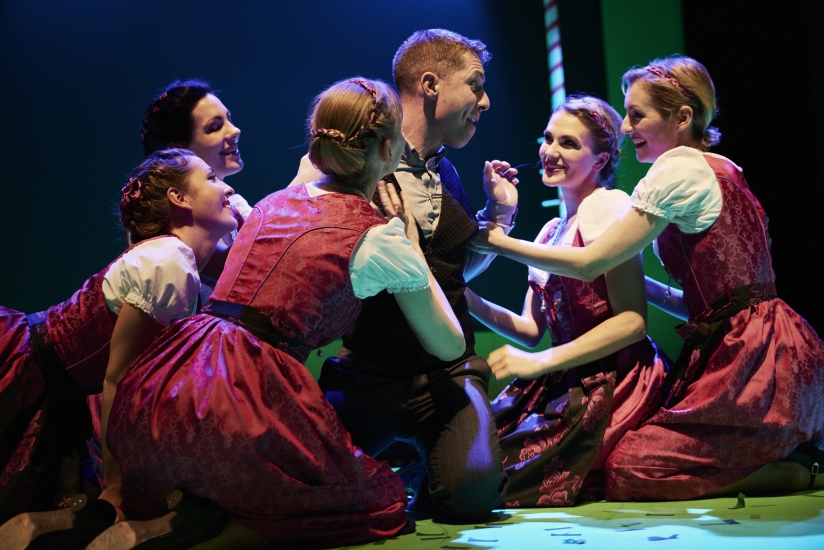 Staatsoper Hannover chose to present Bedřich Smetana’s The Bartered Bride as one of their productions for the 2016/2017 season. The premiere took place on 29th October and there are ten more performances to follow.

The production was directed by Martin G. Berger, young German director celebrated especially for his radical production of Strauss’ Die Fledermaus (also for Hannover) which was a sharp critique of conventional division of gender roles. The ensemble’s first kapellmesiter Benjamin Reiters is the music director. The central pair of lovers is sung by Dutch soprano Kelly God and German Tenor Robert Künzli, singers who were previously starring together as Jenůfa and Laca in last year’s production of Janáček’s Jenůfa, among others. The cast also includes Pawel Brozek as Vašek, Shavleg Armasi as Kecal, Stefan Adam as Krušina etc. The production is sung in German.