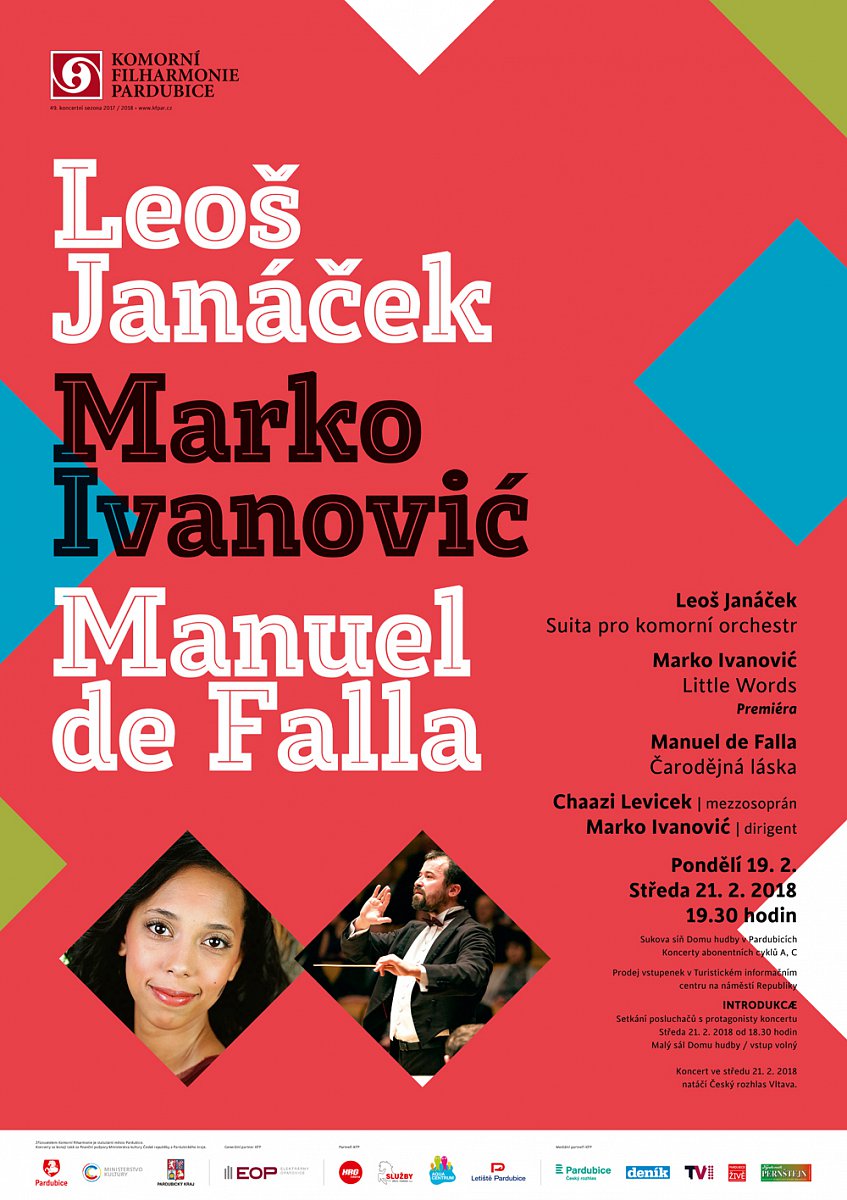 As a part of their 49th season, the Czech Chamber Philharmonic Orchestra Pardubice introduced Little Words, a new song cycle by composer and the orchestra’s former music director Marko Ivanović (*1976). The piece attracted the attention of the Prague Spring festival, too; that is why the audience in the Suk Hall of Pardubice’s Dům hudby on 19 February had a chance to hear the first performance of the cycle’s chamber version, which will be followed by the premiere of an orchestral arrangement played by the Prague Radio Symphony Orchestra in May.

The cycle sets poems by Dorothy Parker (1893-1967) to music, an American poetess who, as Ivanović sees it, had “an incredible gift to express, in short and simple verses, the relationship between a man and a woman, in different forms and situations, and always with a touch of hyperbole or sarcasm”. That is why the author chose to compose crossover music “dallying with chanson, blues, as well as the song tradition of modern classical music. It is about five views on a romantic relationship through a woman’s perspective and, however these views may vary, the predominant mood is a melancholic one, which nevertheless never falls into despair.” The solo part was performed by American mezzosoprano Chaazi Levicek. Including also Leoš Janáček’s Suite for Orchestra, Op. 3 and Manuel de Falla’s music to the ballet El amor brujo, the programme will be repeated again on 21 February.