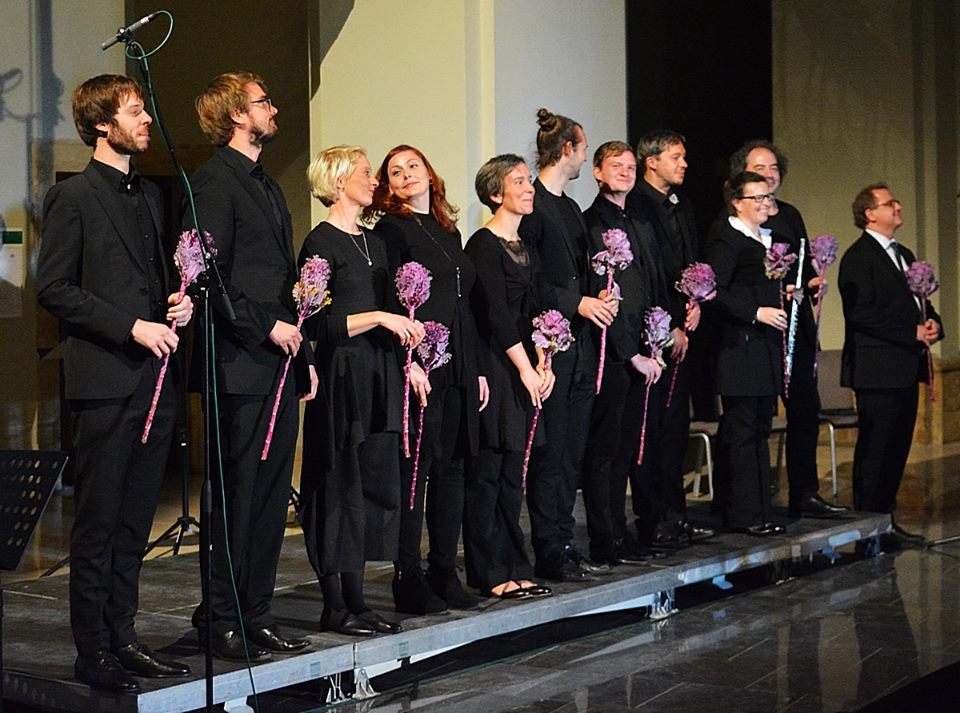 The second day of MusicOlomouc festival offered a concert of German chamber vocal ensemble AuditivVokal Dresden. Its members, in the Atrium of Art Centre of Palacký University, performed a program consisting exclusively of 21st-century music, including the world premiere of Hláskopelní a špitocudní by pianist, composer and the festival’s director Marek Keprt (*1974).

Keprt wrote it especially for this ensemble. During the piece, the singers, accompanied with violoncello and prepared piano, distributed themselves to various corners of the Atrium, the centre of which resonated with emerging and vanishing musical motives and their echoes. The audience also had a chance to hear music by Peter Motzkus, Idin Samimi-Mofakham, Georg Katzer, Gerald Eckert, Carola Bauckholt and Steffi Weissmann.