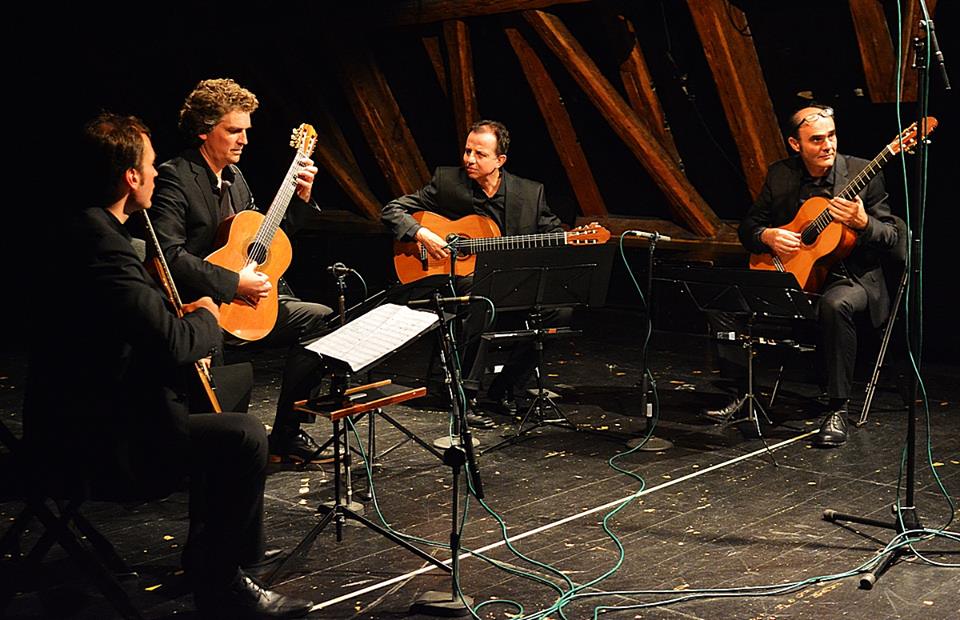 The 9th year of Olomouc-based international contemporary music festival MusicOlomouc was started on October 2. Its second concert, held at the theatre hall of the Art Centre of Palacký University, introduced Aleph Gitarrenquartett, which is a guitar quartet specializing in new music. The ensemble performed, among others, the world premiere of František Chaloupka’s (*1981) Guitar Quartet No. 1 “The Aleph”.

The approximately 25-minute-long piece got its name after a short story by Argentinian author Jorge Luis Borges, in which Aleph represents a small point in space that contains all other points; anyone who gazes into it can thus see, without any distortion, everything in the universe at the same time. “Structurally, my piece is in a way an open score,” Chaloupka says. “Although the individual components and motives are notated and defined to the highest possible level, there is a certain tiny little space for chance and for infinite number of variations increasing with every performance.” The quartet also performed pieces by Martin Smolka, John Cage, Irene Galindo Quero, Nicolaus A. Huber and Alberto Hortigüela.