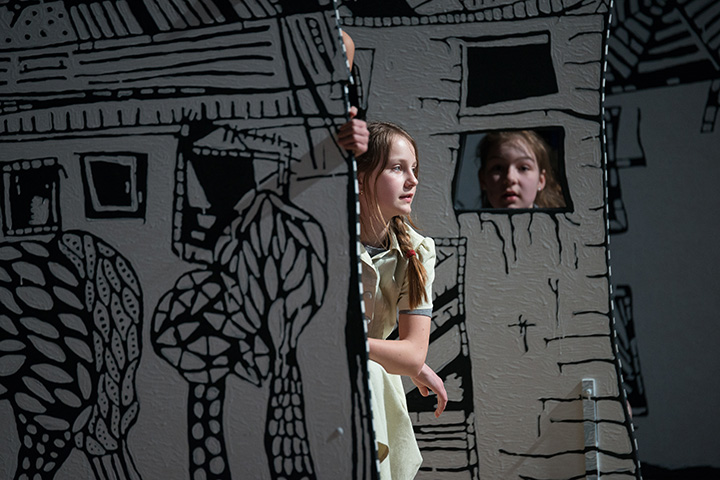 „How to talk about the terrors and inhumanity of the Nazi period to kids? And how to speak about those whose names have never made it to historical literature?” These are the questions Landestheater Linz was trying to answer in their new production of Hans Krása’s children’s opera Brundibár premiered on 31 March.

Conductor Martin Braun and music director Hermann Schneider decided to combine this opera, famously performed during the World War II by small prisoners of the Theresienstadt ghetto, with excerpts from Theresienstädter Tagebuch, a song cycle written five years ago by German composer Wilfried Hiller (*1941) to texts by Theresienstadt children. With the exception of Dominik Nekel and Nikolai Galkin alternating in the role of Brundibár, the cast is composed exclusively of singers from the theatre’s children’s choir, led by Marie Kurz/Magdalena Landl (Pepíček) and Theresa Hamberger/Angelika Matscheko (Aninka). Sung in German, the opera will receive twelve more performances in April and May.