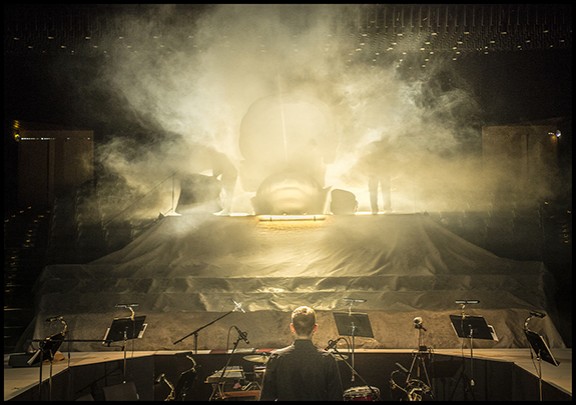 Premiered this spring at the National Theatre in Prague, Jiří Kadeřábek’s opera No Man moved over to Bremen, Germany, native town of the production’s directress Katharina Schmitt. Here, it was performed twice, on November 7 and 8 as a special part of the festival of contemporary German literature Festival für grenzüberschreitende Literatur.

No Man tells the tragic life story of a sculptor named Otakar Švec, who, against his own will, became the designer of the monumental Stalin memorial at Letná, Prague. The libretto was co-written by Schmitt and dramaturge Lujáš Jiřička. The solo parts, sung by Eliška Gattringerová, Sylva Čmugrová, Jan Mikušek, Jakub Tolaš and Josef Škarka, are accompanied by chamber ensemble and reproduced choir, children’s choir and orchestra. The National Theatre will stage the work again during December and January.

The Bremen performances were enabled by the financial support of the Goethe Institut.