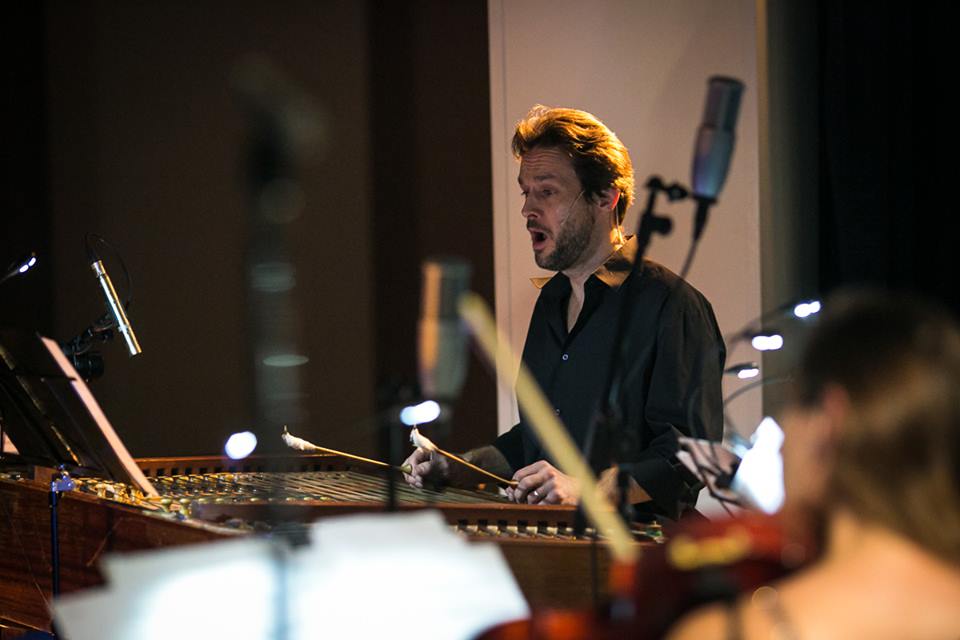 The BERG orchestra gave world premiere to a new piece by one of the most successful Czech composers of the young generation, Jan Ryant Dřízal. Lekce Váchal for countertenor and orchestra was performed on September 25 at the hall of the Masaryk Dormitory in Dejvice, Prague.

The title refers to the composition’s two main sources of inspiration: Lekce Faust, a surrealist film by Jan Švankmajer (1993), and Josef Váchal’s book In memoriam Marie Váchalové (1923) about his coming to terms with his wife’s death. “My aim was to capture, through musical means, the volatile atmosphere of the soul’s transition to a different (super)reality,” Dřízal explains. “The piece can thus be understood as a prayer, a musical mystery, or a chamber requiem.” Both the solo and cimbalom parts were performed by a leading Czech countertenor Jan Mikušek, the orchestra was conducted by their music director Peter Vrábel. The other pieces on the programme were Little Smile by Austrian conductor Wolfgang Mitterer (Czech premiere) and the famous Three Places in New England by Charles Ives.