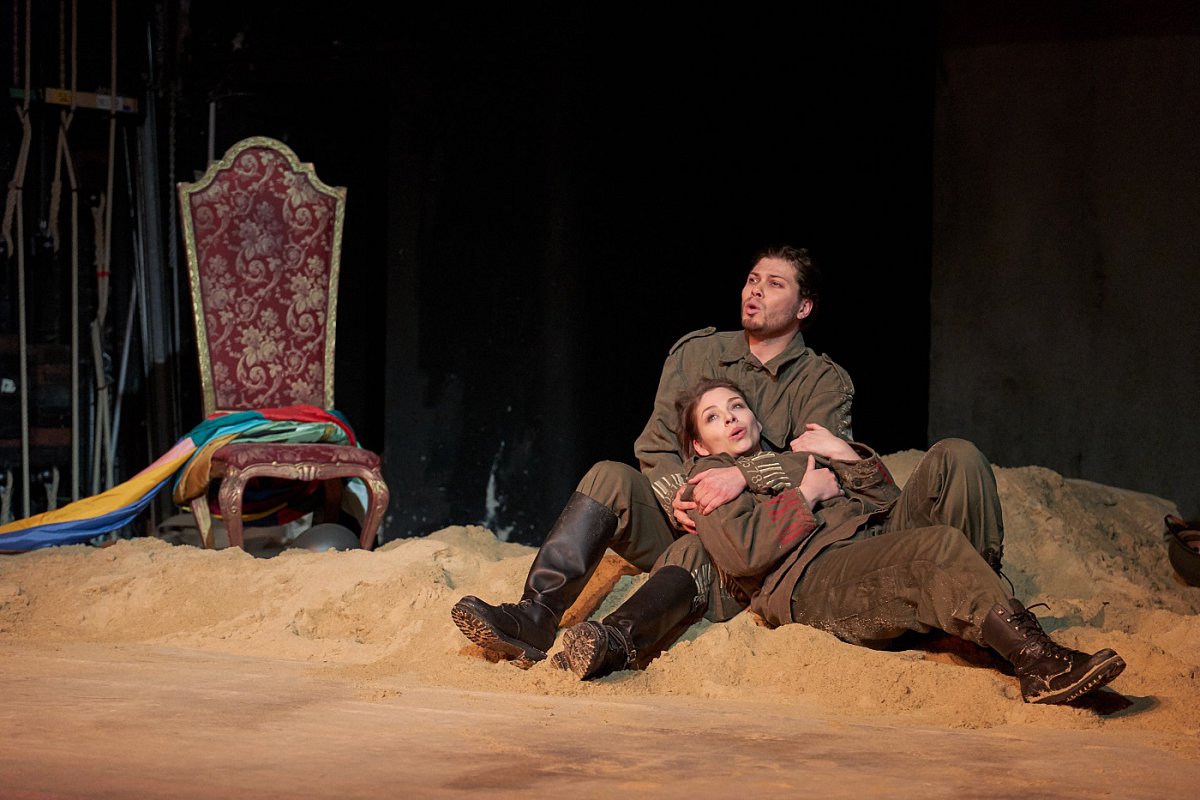 Thirty years since the last performance, Viktor Ullmann’s Emperor of Atlantis returned onto the stage of the Theater an der Wien in Vienna. The new production of this one-act opera, composed in 1943 in the Theresienstadt ghetto, was premiered on 11 January on the Kammeroper scene.

The director is Rainer Vierlinger, the theatre’s long-standing collaborator for whom it was nevertheless the first experience with its chamber opera. The musical direction was taken care of by Julien Vanhoutte while the six sung roles were performed by the members of so-called Junges Ensemble which serves as theatre’s platform for young, talented singers. These, apart from the Italian baritone Matteo Lei in the title role of Emperor Overall, included Dumitru Madarasan as Death, Unnsteinn Árnason as Loudspeaker, Julian Henao Gonzalez (Soldier/Pierrot), Frederikke Kampmann (Bubikopf/Soldier) and Anna Marshaniya as the Drummer girl. The premiere is to be followed by six other performances.

Viktor Ullmann: The Emperor of Atlantis or The Disobedience of Death (premiere)