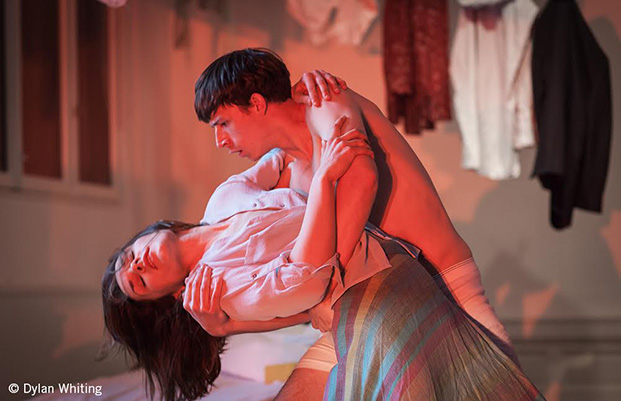 The German version of Janáček’s song cycle The Diary of One who Disappeared (1917-1919) was given its premiere on 8 April in Vienna. Composed by a nearly 65-year-old Janáček as a love declaration for an unattainable woman, this passionate story consisting of 21 short songs to the poetry of Ozef Kalda was performed in the stylish Razumovsky Salon as a chamber opera.

According to the the production’s director Steven Whiting „the story expands the boundaries of the song cycle format and is longing for being performed as a ‘real’ musical theatre piece.” The German translation was completed with the help of the performes themselves, who included a young Austrian tenor Paul Schweinester who had already made successful debuts at the Royal Opera House in London, Salzburger Festsspiele or Opéra National de Paris among others, a Polish mezzo-soprano Natalia Kawalek and an American pianist Deirdre Brenner. The Diary of One who Disappeared will be performed four times together during the month of April.

Leoš Janáček: The Diary of One who Disappeared