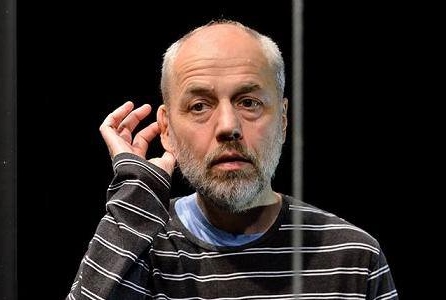 Hats in the Sky (2004), Oh, my Admired C minor (2002) and Rubato (1995). Three chamber pieces by a prominent Czech composer Martin Smolka were performed at the Mendelssohn Hall of Leipzig’s Gewandhaus by the Ensemble Avantgarde, a residential ensemble for contemporary music, together with the music of the ensemble’s artistic director Steffen Schleiermacher. Different as the composers’ musical languages may seem at first, they nevertheless share many common features such as economy of compositional expression, clarity of form, fancy for unusual instrumental combinations and a sense of humour.

The evening’s opening piece, Hats in the Sky, is Smolka’s music to Vormittagsspuk (Ghosts Before Breakfast), a seven-minute-long German surrealist film from the late twenties, for trumpet, trombone, percussions, prepared piano, prepared guitar and cello. The following Oh, my Admired C minor for alto flute, E-flat clarinet, percussions, violin, viola and cello is described by the author as “another attempt to breathe new life into old, hackneyed musical elements” while Rubato for cello and piano, Smolka’s last piece on the programme, is a 10-minute-long study of microintervals. Schleiermacher’s pieces included Stau (1995) and Versteinertes Umkreisen (2008).