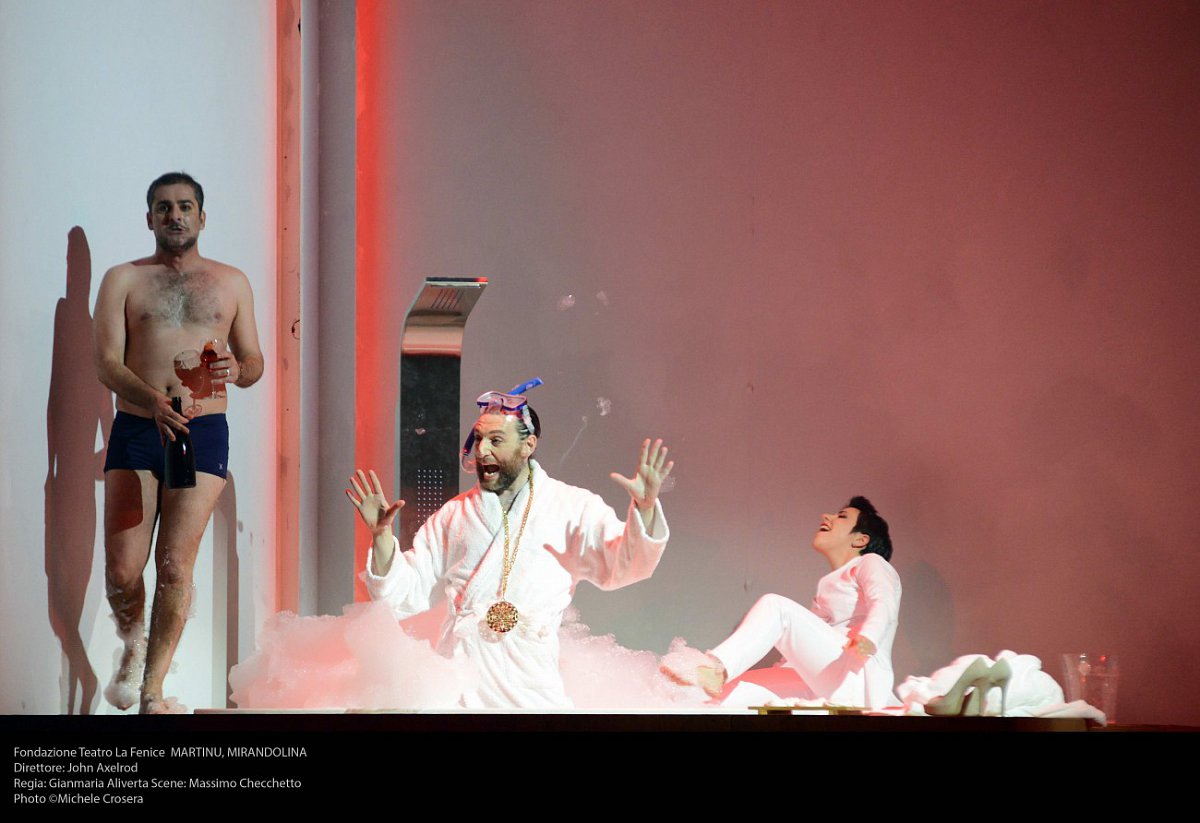 Five performances of Bohuslav Martinů’s Mirandolina were held at the renowned Teatro La Fenice (Venice) in the first half of July. Directed by Gianmaria Aliverta, this opera from 1953-54 based on a comedy La Locandiera (The Mistress of the Inn) by Carlo Goldoni (1707-1793) was this time set into a present-day wellness centre of a modern hotel.

The conductor is John Axelrod (USA) who is currently working as an artistic and music director of the Royal Symphony Orchestra of Seville. The cast is composed only of well-established Italian singers including the soprano Silvia Frigato in the title role of Mirandolina, Bruno Taddia (Marchese di Forlimpopoli), Marcello Nardis (Conte d’Albafiorita), Omar Montanari (Cavaliere di Ripafratta), Leonardo Cortellazzi (Fabrizio), Giulia Della Peruta (Ortnesia) and Laura Verrecchia (Dejanira). The opera was sung in the original Italian.