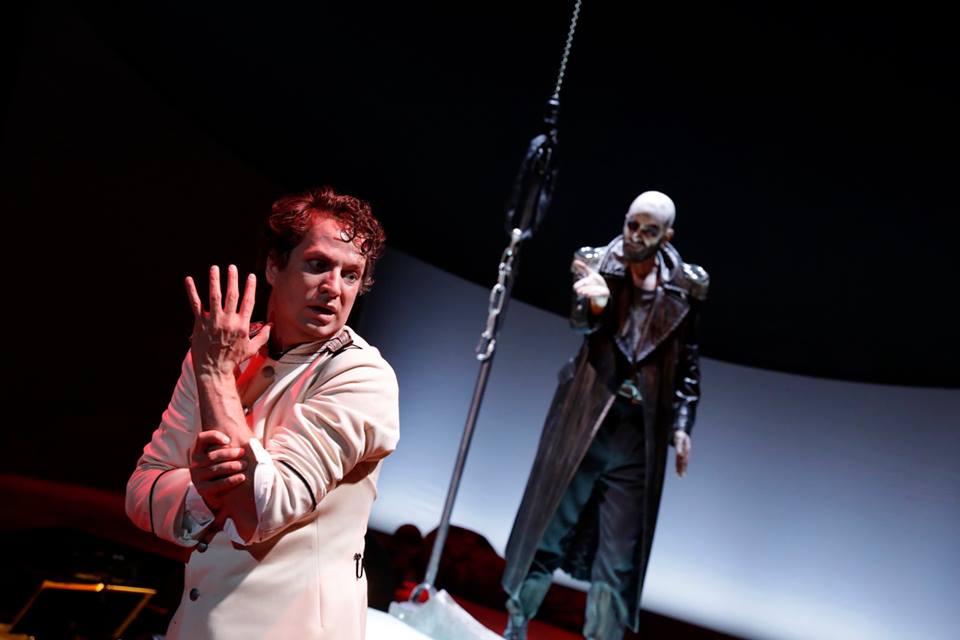 One of the fifteen premieres of Oper Köln’s 2017/18 season is The Emperor of Atlantis. A one-act opera, composed by Viktor Ullmann in 1943 in the Theresienstadt concentration camp, received its premiere on 24 February on the modern, glass-fronted stage at Offenbachplatz. The production was created by a house team consisting of directress Eike Ecker and conductor Rainer Mühlbach. … Read more