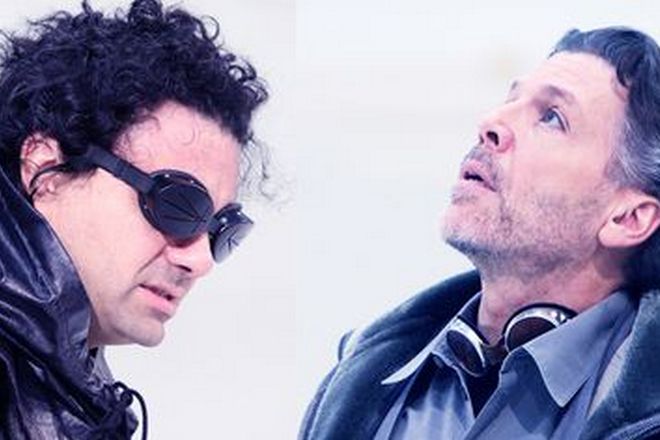 On Sunday 31st January the long-awaited world premiere of the opera South Pole by the Czech composer Miroslav Srnka took place at the Bavarian State Opera. The event, referred to as being one of the peaks of this year’s Munich opera season, also represents a crucial moment in the context of Czech contemporary music’s history, the last Czech composer having been comissioned for a new opera by any of the world’s greatest opera houses being Bohuslav Martinů with his Greek Passion 55 years ago.

Tom Holloway’s English libretto deals with two expedions to the South Pole, undertaken simultaneously by two competing parties led by the Norwegian arctic explorer Roald Amundsen and his English counterpart Robert Falcon Scott. The all-star cast includes Thomas Hampson as the more successful Amundsen and Rolando Villazón as Scott, who loses his life on the journey back. Hans Neuenfels is the director, while the Bavarian State Opera’s Music Director Kirill Petrenko is conducting. South Pole, whose first performance was followed by a rapturous ovation, will be staged five times again in this season.