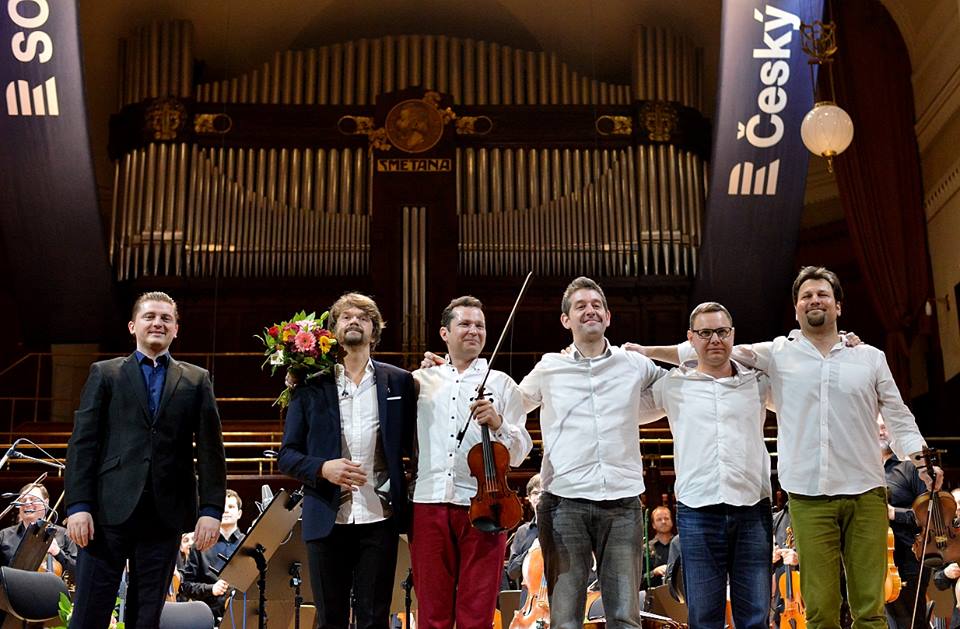 Three new pieces by three Czech composers received their world premiere on this year’s first concert of Prague Radio Symphony Orchestra’s “New Horizons” subscription series. During the performance of the works by Martin Kumžák, Petr Wajsar and Jan Kučera, which are all written for a string quartet and orchestra, was the Radio orchestra accompanied by the Prague-based crossover string ensemble Epoque Quartet. Apart from that, a part of the program, whose aim was to try to break the boundaries between classical and popular music, was the performance of a well-known Czech singer Dan Bárta.

Šroubovice (The Helix) has been introduced by its author, composer and arranger Martin Kumžák, by the following words: “… the endless spiral curve of experiences and perceptions, which cuts into my soul like a self-tapping screw into wood… The sap, which runs from the wood during the process, is a galllery of emotions, often in the form of music…”. Wajsar’s Cigánská Ouvertura (The Gypsy Overture) was inspired by the author’s excursion to Luník housing estate in Košice and a chance encounter with one of the local homeless people, to whom Wajsar decided to dedicate the work. Zrození (The Birth) by the orchestra’s conductor Jan Kučera is an arrangement of a part of his incidental music written for the Spitfire Company theatre group. The audience also had a chance to hear the music of Edward Elgar, John Adams, the jazzman Pat Methany and also three songs by the Illustratosphere band arranged for an orchestra by Filip Jelínek. The concert was broadcast live on the radio station Vltava.