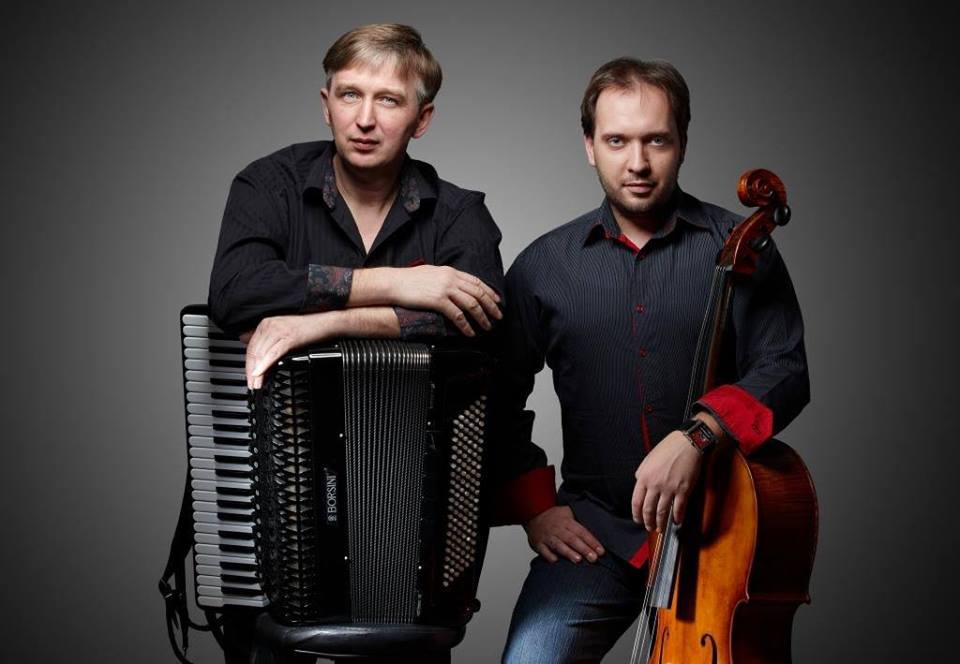 On 18 January in the St Agnes Convent, violoncellist Petr Nouzovský and accordionist Ladislav Horák gave premiere to Introduction and Tango, a new piece by composer and choirmaster Petr Fiala (*1943). The concert was a part of the chamber series held by the Prague Symphony Orchestra FOK.

The two-part composition was written directly for these two leading Czech instrumentalists, renowned for their fondness for tango. After all, the concert also included other works inspired by this dance, such as Anantango by Gorka Hermosa or the famous Tango Suite, Libertango, Oblivion or Cité tango by Astor Piazzolla. Besides, Nouzovský and Horák played Sofia Gubaidulina’s In croce, Luboš Sluka’s (*1928) Con animo and Jan Kučera’s (*1977) The Little Match Girl. The last two were performed in the transcription for violoncello and accordion for the very first time.