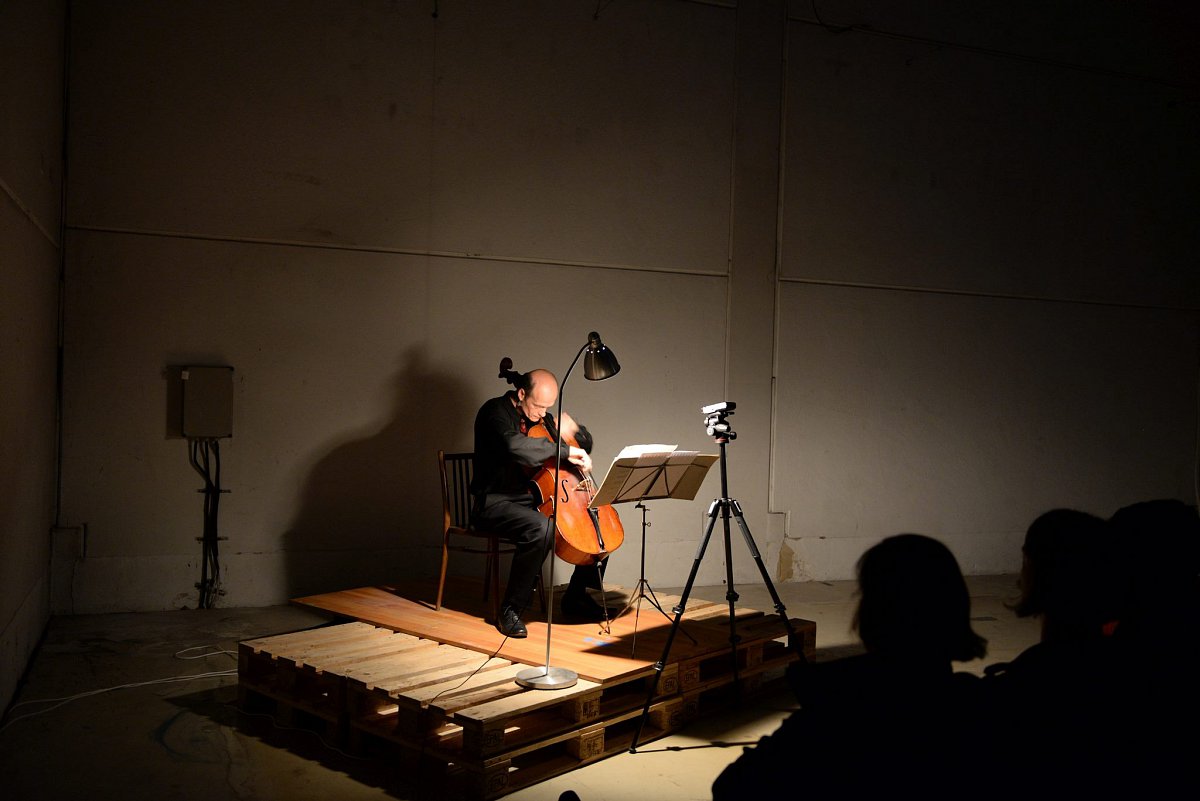 As a teaser for the upcoming Ostrava Days festival, Ostrava witnessed a recital by the German cellist and Ostravská banda member Matthias Lorenz. It was hosted by the PLATO Ostrava art organization which, at the moment, has its residence in the former Bauhaus hobby market; and it was here, on May 15, that Lorenz performed Nomos Alpha by the legendary Iannis Xenakis and gave world premiere to Something with something else III by Petr Bakla.

The Roman three in the composition’s title refers to the fact that it is the third one of its three versions, namely the one for cello (the other two being for violin and viola). These three versions, however, are not mere transpositions but completely different pieces sharing only the same compositional prionciple. I should add that it was the very first time that any of them got performed. During the evening, the audience had a chance to see Bakla not only as an author, but also as an interviewer who was asking Lorenz about his experience with Nomos Alpha as well as Xenakis’s music more generally.

Petr Bakla: Something with something else III (world premiere)