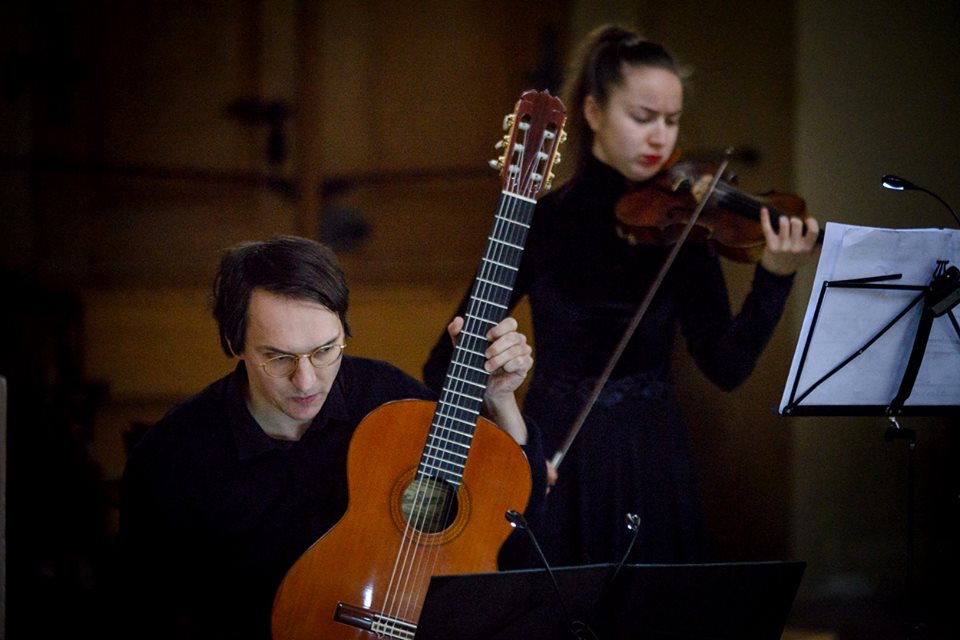 The BERG Orchestra ended this year’s season on 5 December with a concert in the St Salvator Church, Prague. They presented the Czech premiere of Circle for 4 trios, conductor and audience by the Chinese composer star, Oscar and Grammy winner Tan Dun. The second part belonged to the world premiere of a space composition shadows by day, Light by night by Czech composer Ondřej Štochl.

The nearly forty-five-minute-long piece was played by 17 instrumentalists positioned on various spots around the church. As already a few times before, the author drew inspiration from his keen interest in Eastern philosophies, here especially Taoism, and their principles of balancing the opposites. “The musical form of the piece,” he says, “is based on the gradual connecting of energies,” and its six movements (Bowl of Water – Bowl of Tea – Bowl of Rice – Sun Candle – Moon Candle – Sacred Lamp) are named after the structure of a Taoist altar. The solo parts were written for vibraphonist Martin Opršál and Štochl’s former student, exceptionally talented young violinist Tereza Horáková. The orchestra was conducted by their music director Peter Vrábel.