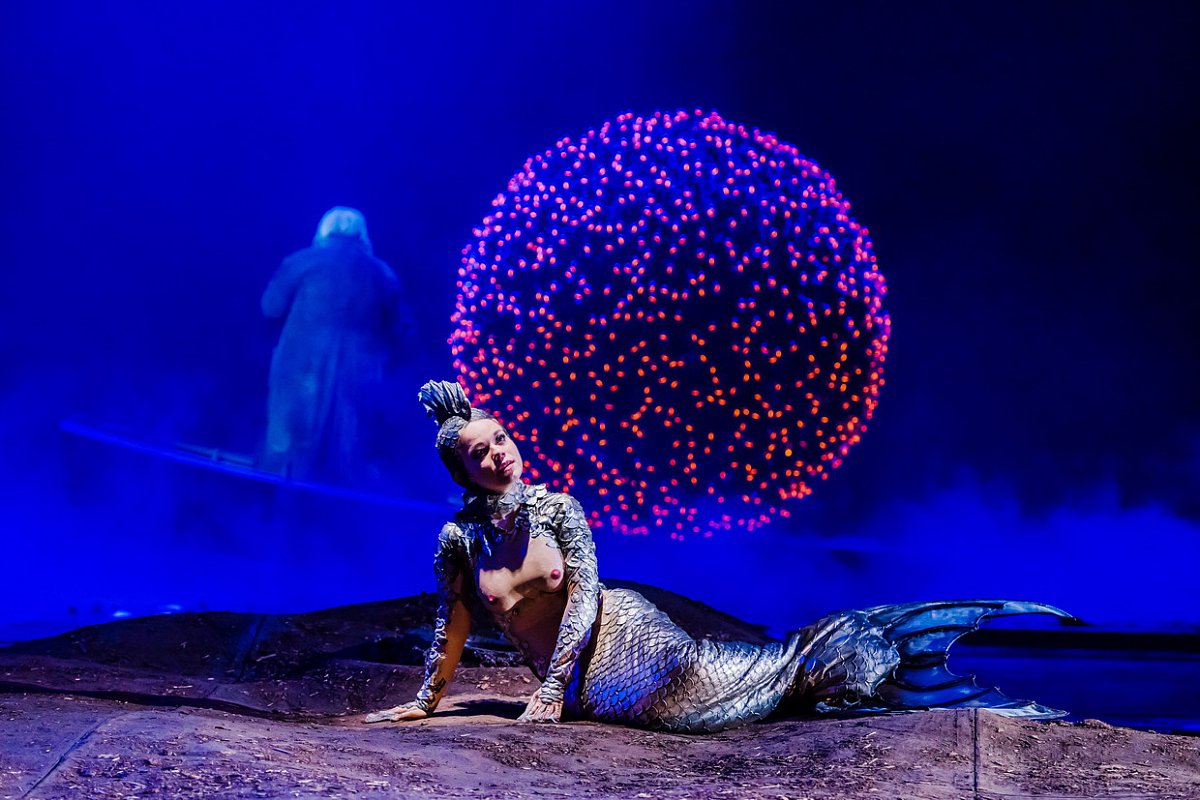 After forty years, Antonín Dvořák’s Rusalka returned onto the stage of Oper Leipzig, Germany. The new production by Dutch director and scenographer Michiel Dijkema was premiered on 3 December.

Focusing on the fairy-tale archetypes of the tragic story, Dijkema crated a mysterious, eerie scenery on the stage, including the lake and moon on a night sky. Most of the roles were sung by permanent members of the ensemble, led by the popular Ukrainian soprano Olena Tokar whose performance as Rusalka received great response from both the audience and the press. The other cast includes Karin Lovelius (Witch), Tuomas Pursio (Water Goblin), Kathrin Göring (Foreign Princess) or the production’s only host, Peter Wedd (Prince). Gewandhaus Orchestra played under the direction of their chief conductor Christoph Gedschold. Sung in Czech, Rusalka will receive three more performances in the 2017/18 season.